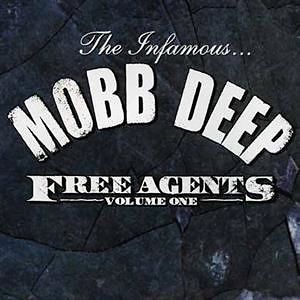 Unlike many high-profile "mix tapes," which are often little more than sloppily edited various-artists compilations with a bit of overdubbed, superfluous self-aggrandizement thrown in for good measure, FREE AGENTS:THE MURDA MIXTAPE comes within shooting distance of being a fully realized album. In fact, the disc signals a return to form of sorts for Mobb Deep, a group that disappointed some core fans by moving in a slightly more mainstream direction with 2001's INFAMY.

As on the Mobb's masterpiece THE INFAMOUS, Prodigy and Havoc deliver a straight-up slab of no-frills East Coast gangsta rap. The similarity is not coincidental, as the disc is a mixture of brand new material, re-worked versions of classic tracks and remixes. In several cases, the group even creates completely new songs using old instrumental tracks as a basis. Throughout, Mobb Deep and its producers utilize their trademark bleak musical backdrops and plainspoken, harshly cinematic rapping style to utterly chilling effect.