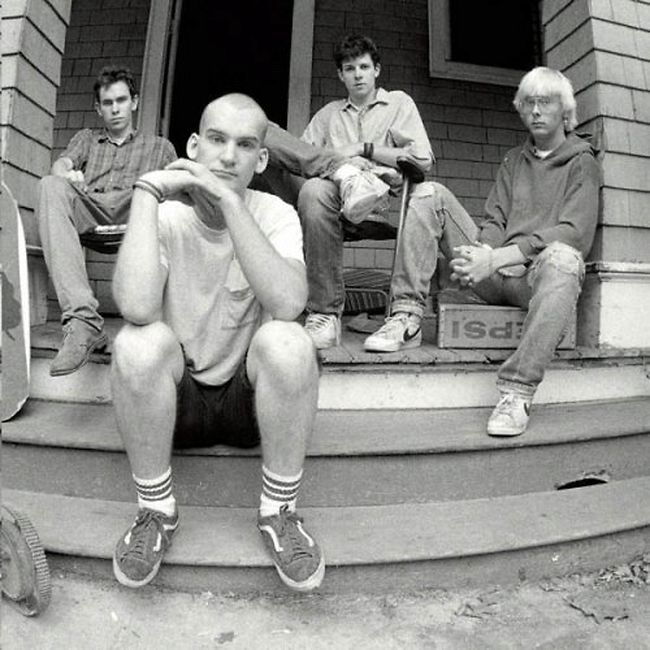 Minor Threat was an American hardcore punk band, formed in 1980 in Washington, D.C. by vocalist Ian MacKaye and drummer Jeff Nelson. MacKaye and Nelson had played in several other bands together, and recruited bassist Brian Baker and guitarist Lyle Preslar to form Minor Threat. They added a fifth member, Steve Hansgen, in 1982, playing bass, while Baker switched to second guitar.

The band was relatively short-lived, disbanding after only three years together, but had a strong influence on the punk scene, both stylistically and in establishing a "do it yourself" ethic for music distribution and concert promotion. Minor Threat's song "Straight Edge" became the eventual basis of the straight edge movement, which emphasized a lifestyle without alcohol or other drugs, or promiscuous sex. AllMusic described Minor Threat's music as "iconic" and noted that their groundbreaking music "has held up better than [that of] most of their contemporaries."

Along with the fellow Washington, D.C. hardcore band Bad Brains and California band Black Flag, Minor Threat set the standard for many hardcore punk bands in the 1980s and 1990s. All of Minor Threat's recordings were released on MacKaye's and Nelson's own label, Dischord Records. The Minor Threat EP and their only full-length studio album Out of Step have received a number of accolades and are cited as landmarks of the hardcore punk genre.