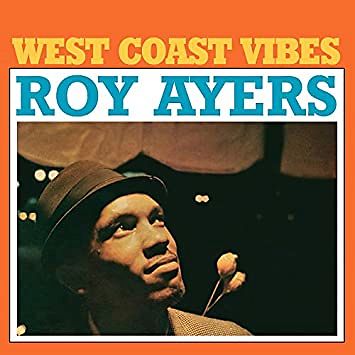 The purest musical jazz expression of his long career
€ 19,95

While working in Los Angeles in support of pianist Jack Wilson, Roy Ayers befriended the respected jazz critic and producer Leonard Feather, a relationship that ultimately yielded the vibist's first recording contract; Ayers' rare debut session, West Coast Vibes, remains the purest musical expression of his long career, with none of the commercial overtures of his landmark fusion efforts for Polydor.

For listeners more familiar with latter-day jazz-funk efforts like He's Coming or Everybody Loves the Sunshine, the warm, contoured tones of Ayers' vibes will come as a revelation. Then as now, his approach to percussion is completely unique, and it's fascinating to hear him operate in such conventional jazz contexts minus the gimmickry of later dates. Most impressive are the LP's collaborations with saxophonist Curtis Amy, whose soulful, kinetic contributions beautifully complement Ayers' leads.