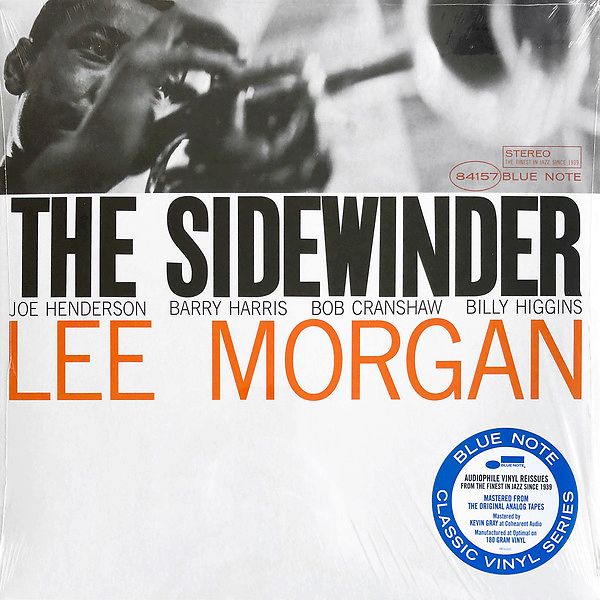 The Sidewinder is a 1964 album by jazz trumpeter Lee Morgan, recorded at the Van Gelder Studio in Englewood Cliffs, New Jersey, U.S. It was originally released on the Blue Note label as BLP 4157 (mono) and BST 84157 (stereo).

The title track is perhaps Morgan's all-around best-known composition; it would go on to become a jazz standard, and was additionally released as a single.

The album became Blue Note's best-selling record ever, breaking the previous sales record and saving the label from near bankruptcy. Record producer Michael Cuscuna recalls the unexpected success: "the company issued only 4,000 copies upon release. Needless to say, they ran out of stock in three or four days. And 'The Sidewinder' became a runaway smash making the pop 100 charts."

By January 1965, the album had reached No. 25 on the Billboard chart. The title track was used as the music in a Chrysler television advertisement and as a theme for television shows.

At the insistence of Blue Note executives, several of Morgan's intended follow-up albums either had their release postponed or were shelved entirely so that Blue Note "could score another Sidewinder". Morgan's subsequent albums would therefore attempt to approximate the format and appeal of The Sidewinder by opening with a soul-jazz boogaloo inspired composition while also attempting to capture a hard bop aesthetic. This approach is said to be most noticeable on Morgan's immediate follow-up albums, including The Rumproller, The Gigolo and Cornbread.