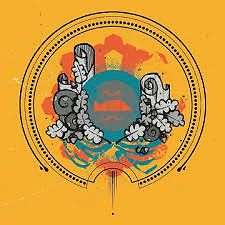 MIAVA is writing their 2nd album. In anticipation, we re-release the now sought after debut!
€ 24,95

Miava is currently writing their 2nd full album. In anticipation, we re-release the now sought after debut-album for RSD 2021 on limited coloured vinyl!

"In loving memory of Jelle Tommeleyn"

Miava is a Belgian four piece instrumental band. Their first full-album 'Essay on Bentham' was released back in 2013. The album hit like a bomb and Miava was becoming a serious name in the genre. The band got the chance to play on Dunk Festival, the biggest post-rock festival in Europe. They attended Roadburn Festival in the Netherlands and later that year Miava played live at Desertfest in London.

In Feb 2016, Jelle Tommeleyn, the drummer of the band, was walking home with his girlfriend when he was hit by a small truck. He died in hospital, He was only 24 years old. In their grieve and being devastated by his sudden death, the remaining members suspend all their future plans and MIAVA ceased to exist.

Three silent years later, Miava announced their comeback with new drummer Joppe Vandewalle amongst them. Later on in 2019 Miava attended Alcatraz metal Festival in Belgium, it was the perfect start of a new beginning for the band.