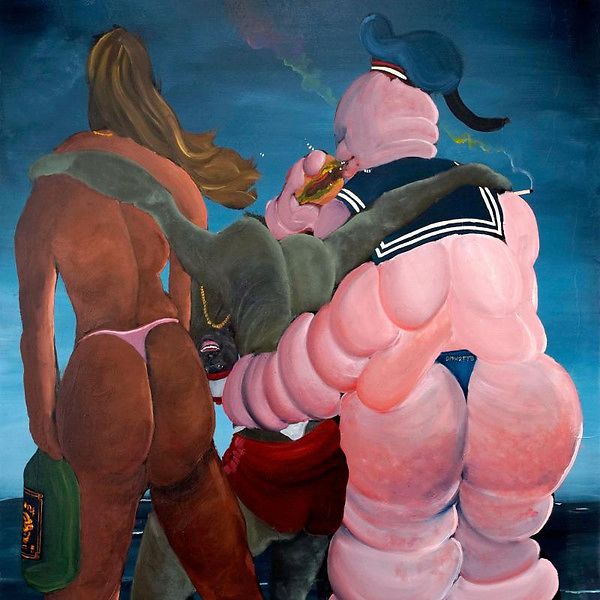 ‘Cry Sugar’ is Hudson Mohawke’s first original album since 2015’s ‘Lantern’. During the interim he’s produced records for Pusha T, Drake, A$AP Rocky, and Anohni, and recorded the computer game soundtrack to ‘DedSec - Watch Dogs 2’ in 2016, all experiences which have fed forward into this blockbuster new long player.

Flush with the gaudiest synth fireworks, orchestral strings and main stage EDM trap-hop, it reads like a skewed love note to the American culture HudMo was first inspired by, and has come to be a key part of over the past decade since his standout production on Ye’s ‘Yeezus’ in 2012. Coming from his outsider/insider perspective on the thing, HudMo is granted license to present a gurned and luridly overwrought slant on the object of his desires, resulting in a breathlessly shiny and speaker-slapping set of club antics that will also sound booming in your gas guzzling US road boat SUV.

To play favourites, his snappin’ melange of ’80s hip hop and mentasms in ‘Dance Forever’ is up there, as is the brisk happy hardcore mutation ‘Bicstan’, the plucky hyperpop rush of ‘Rain Shadow’ and the blown-out early Kanye styles of ‘3 Sheets to The Wind’ and his woodcut 2-stepper ’Tincture’.