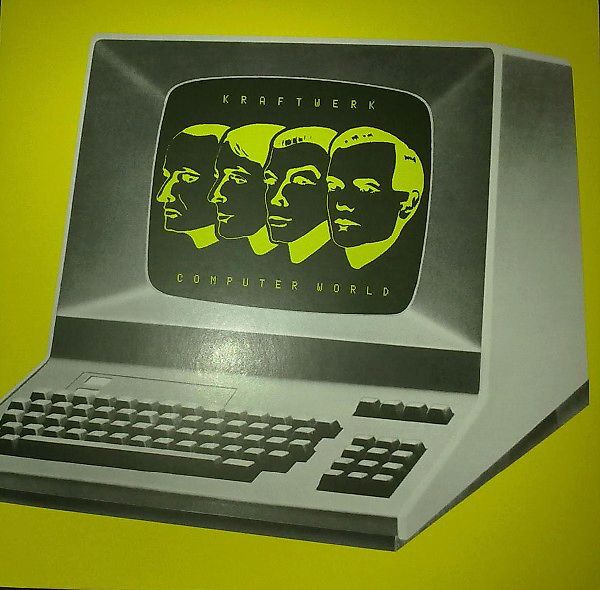 Computer World (German: Computerwelt) is the eighth studio album by German electronic music band Kraftwerk, released on 10 May 1981. The album peaked at number fifteen on the UK Albums Chart. It was certified silver by the British Phonographic Industry (BPI) on 12 February 1982 for shipments in excess of 60,000 copies.

The album deals with the themes of the rise of computers within society. In keeping with the album's concept, Kraftwerk showcased their music on an ambitious world tour and issued several different versions of the single "Pocket Calculator" in different languages: namely, German ("Taschenrechner"), French ("Mini Calculateur") and Japanese ("Dentaku", or 電卓). The compositions are credited to Ralf Hütter, Florian Schneider, and Karl Bartos. As was the case with the two previous albums, Computer World was released in both German- and English-language editions.

Computer World was ranked at number 2 among the top ten "Albums of the Year" for 1981 by NME. It was listed by Pitchfork Media as the forty-fourth best album of the 1980s. Pitchfork Media listed the track "Computer Love" as the 53rd best song of the 1980s. Slant Magazine placed the album at number twenty-five on its list of "The 100 Best Albums of the 1980s". Rolling Stone named it the tenth greatest EDM album of all time in 2012.

Packaging: Comes with a 30x30 cm 16 page booklet, and a picture inner sleeve. "Kling Klang Digital Master" is printed on the sleeve's spine.