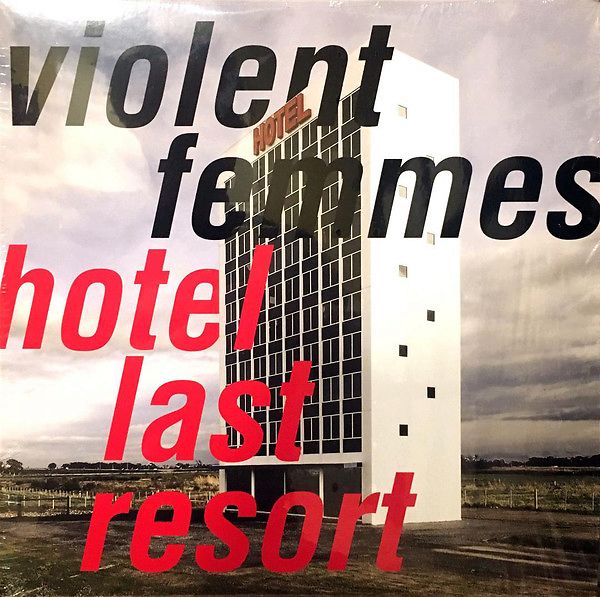 Label
Add It Up Productions, [pias]

Hotel Last Resort is the tenth studio album by American rock band Violent Femmes. The album was released on July 26, 2019, by Add It Up Productions and PIAS Recordings.

Nearly 40 years have passed since the Violent Femmes debuted their freaky, silly hybrid of folk and rock, and these days they’ve settled comfortably into a style that’s a bit like Bob Dylan meets Monty Python. Frontman Gordon Gano still has a beautifully quivering bleat, and on Hotel Last Resort — the group’s 10th full-length and second since reuniting in 2013 — he flexes it hilariously on songs about how he hates choruses (“Another Chorus”), believes in nothing (a revamped version of the group’s New Times cut “I’m Nothing” from 1994), and lampoons the book of Genesis (“Adam Was a Man”).

Much of the music sounds like stripped-back demos for a Fifties rock band, full of in-on-the-joke rock & roll clichés like silly call-and-response backup vocals and Roy Orbison–style throbbing guitar riffs.