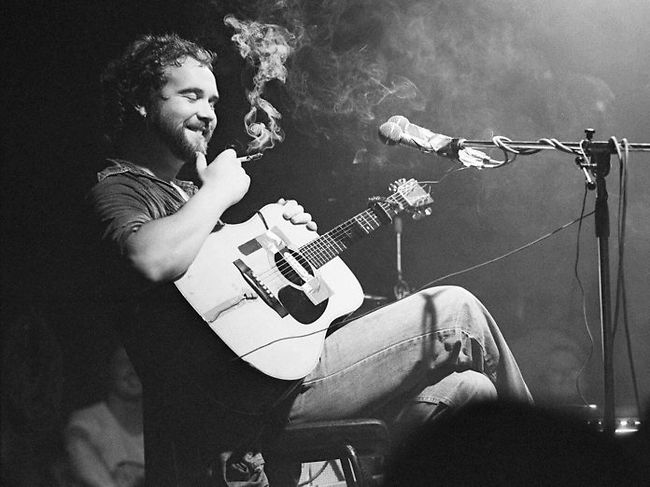 John Martyn was born Ian McGeachy in Surrey to opera-singing parents; they divorced when he was five and he was subsequently raised in Glasgow by his father. A bright student and gifted musician, like many middle class boys of his generation he became enamoured with Bob Dylan and the Mississippi Delta’s acoustic blues musicians. Settling in London in 1967, he adopted the stage name John Martyn and signed to Chris Blackwell’s fledgling Island Records.

Martyn soldiered on and would soon find himself at the epicentre of the British folk rock revolution. His best friends were fellow folkies Richard Thompson and Nick Drake.

Running his acoustic guitar through effects pedals and employing jazz phrasing in his vocals, he developed into a unique artist, sounding like no other.