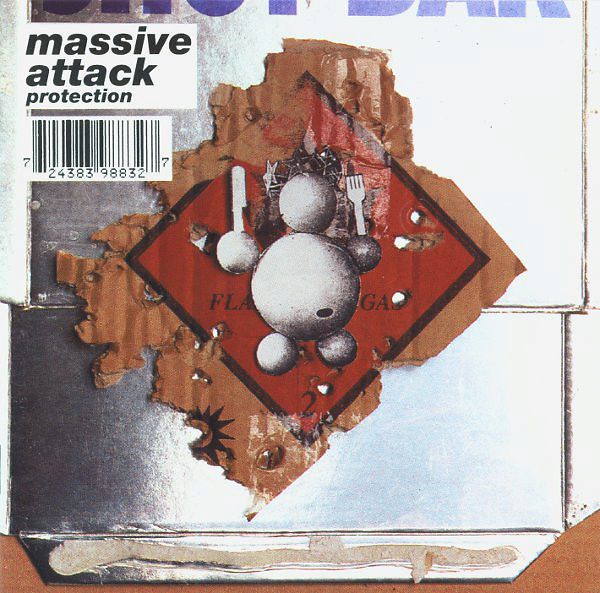 Protection is the second studio album by English trip hop band Massive Attack. Released in 1994, it was last to feature Tricky as a member of the group, before going solo with his album Maxinquaye in 1995.

Protection was featured in the top ten of Rolling Stone magazine's 'Coolest Albums of All Time List', calling it "great music for when you're driving around a city at 4 am," due to the 'chill out' nature of the album. Like most of Massive Attack's albums, the music often defies categorisation, ranging from R&B (title track and "Sly") to hip hop/rap ("Karmacoma" and "Eurochild") to reggae-tinged synthpop ("Spying Glass") to classical-influenced electronica instrumentals ("Weather Storm" and "Heat Miser"). The album follows Blue Lines structurally, to the point that the font used on the cover of the album is the same, Helvetica Heavy Italic.

Mad Professor remixed the album in 1995 under the name No Protection.