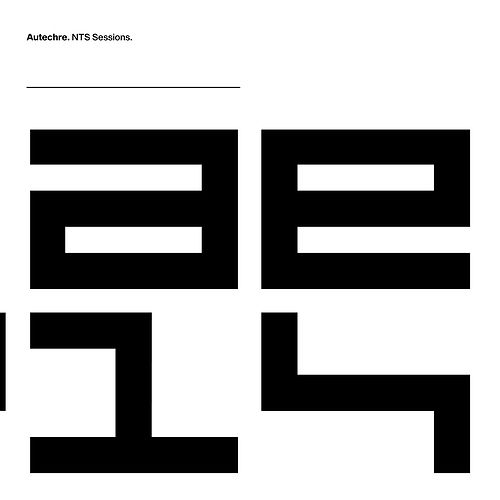 Autechre are an English electronic music duo consisting of Rob Brown and Sean Booth, both from Rochdale, Greater Manchester. Formed in 1987, they are one of the most popular acts signed to UK electronic label Warp Records.

On 6 April 2018, a livestream of new material was broadcast on NTS Radio, marking the first of four live streams released every week of the month. On 9 April 2018, it was unveiled that the sessions, totaling 8 hours of material, would be packaged and released as NTS Sessions, including a 12xLP boxset. The livestreams coincided with the announcement of live sets in Japan and Australia, including their first ever performance in Tasmania at the Dark Mofo Festival.