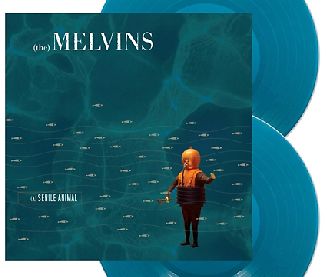 Release postponed until 22nd of october. Our sincere apologies. We'll fullfill your order as soon as possible.

(A) Senile Animal is the 15th album by the Melvins, originaly released on October 10, 2006 on Ipecac Recordings.

After bassist Kevin Rutmanis' departure the two remaining members of the Melvins joined forces with Big Business, a duo consisting of Jared Warren on bass and Coady Willis on drums.