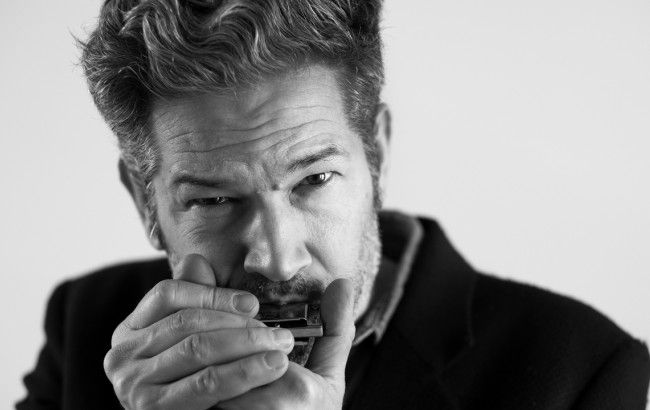 When Steven De Bruyn started playing the harmonica at the end of the eighties, he dreamed that this little gear would become his passport to the world. Since that moment, he's been living that dream and has turned the "noeneke" into a sexy instrument. Exploring the limits of the harmonica is the most normal thing in the world for Steven. Yet nothing is as exciting and vulnerable as making music and performing with his instrument alone.

After a quarter of a century of interplay with, among others, El Fish and The Rhythm Junks, Steven ventures into solo work for the first time. In an intimate setting, his harmonica - which over the years became an extension of his deepest being - tells the bulk of the story. Jasper Hautekiet - gifted musician and compagnon de route - provides live accompaniment.