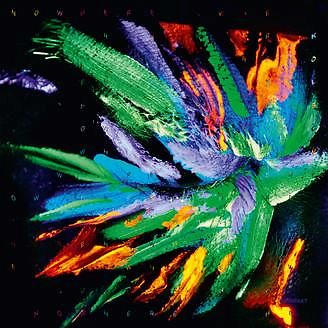 On his fourth album proper, Now Here No Where, Danish producer Kölsch (aka Rune Reilly Kölsch) is charting new terrain. Fans of his ‘years trilogy’ – 1977, 1983 and 1989, released on Kompakt over the past decade – were privy to a kind of sonic diary, an autobiography, tracking the artist’s early years through three albums of superior, meticulously rendered techno. Calling in collaborators where needed – most notably, the strings of Gregor Schwellenbach – there was still something deeply personal going down, not quite hermetic, but internally focused; the albums proved not only Kölsch’s mastery of his chosen form, but also his capacity to make techno personal, individual, and to trace histories of the self through music.

But on Now Here No Where, Kölsch finds his feet firmly planted in the present. Reflecting on his new album, he notes, “It is fascinating to write about memories and feelings that have had years to manifest and develop, but how would I approach current emotions?” It’s a good question: our past coheres through the narratives we build around memories, but the moment we’re in, the newness of the now-ness, is harder to navigate; this story is as yet untold. For Kölsch, this makes Nowhere Now Here “an album about life in the year 2020. A time defined by confusion, misinformation and environmental challenges. It is an emotional interpretation of personal and mental challenges, observations and personal growth.”

Kölsch does this with music that effortlessly balances emotional heft with the dancefloor’s brimming desires. It’s a space that Kölsch has navigated for a while now – one of techno’s breakthrough acts, an in-demand DJ across the globe and a prolific and restlessly creative producer, he’s also Kompakt’s biggest-selling act – but Now Here No Where ratchets up the lushness, making for a delirious drift across twelve tracks that are at once perfectly poised and deeply trippy. “Great Escape” is an elegant swoon, an opener that pivots on a sigh and a prayer; then “Shoulder Of Giants” bustles into view, subliminal clatter and an aching violin line giving way to a riff that glows with fluorescence and iridescence.

“Remind You” combines an odd ECM jazziness with notes from a twenty-first century torch song; “Sleeper Must Awaken” mines huge buzzing synths and lets them float, in and out of sync, with reduced, ticking beats; “Traumfabrik” (dream factory – there’s a giveaway) is oddly lush, the tones malleable and plastic, morphing across a glitching undertow. There are sad, emotional washes of strings throughout the penultimate “While Waiting For Something To Care About”, while “Romtech User Manual”’s patterns twist and shape in the light. Throughout, Kölsch never keeps his eye off the dancefloor, and you can tell this is his still his home. “The amount of energy and joy I experience every time I perform, has a profound effect on me. It has inspired me so much of late and has become an integral part of my musicality.”

“The way we join in expressing our hope for the future every weekend has given me so much,” Kölsch concludes. The club as a temporary autonomous zone, as a space both of freedom and of politics; somehow, that’s all here, Now Here No Where. “Most of all, it is an album about hope.”