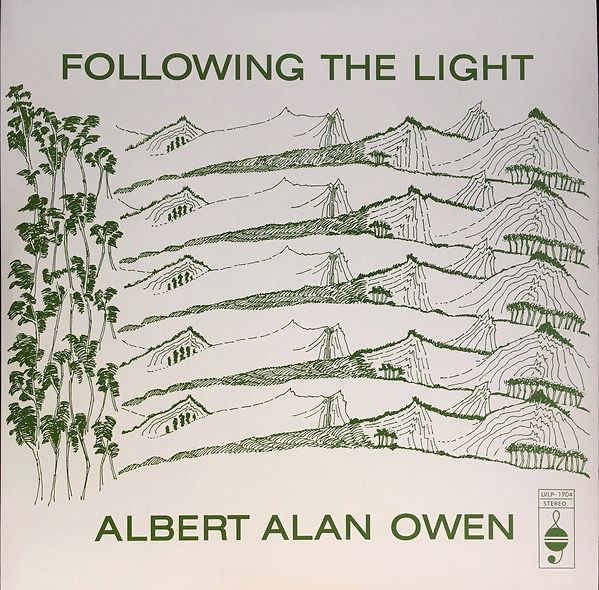 Recorded in 1982, 'Following The Light is the third album british composer Albert Alan Owen recorded for the Apollo Sound Label. Originally a library music oriented Music label, Apollo Sound, by the mid 70s, commissioned contemporary musical pieces from new composers, aiming to provide atmospheric backgrounds for film, television and advertising and to feed the burgeoning demand for ‘New Age’ music at the time. While certainly melodic, Owen’s music makes no concessions to mid-afternoon mindfulness or commercial use and reuse; instead, 'Following The Light' is a deep and immersive listening experience, clearly the work of a singular musical imagination following its own rules in its own way.

With the help of Katherine Sweeney on violin and Milada Polasek on electric piano and organ, Albert Alan Owen recorded Following The Light in “live” condition, taking profit of a strong use of the digital effects which were in its infancy at this time; the music was written to make the most of what technology was available, resulting a singular piece of music of sheer beauty! Essential reissue!

This record is dedicated to the memory of Art Pepper. Tip-on sleeve with insert.