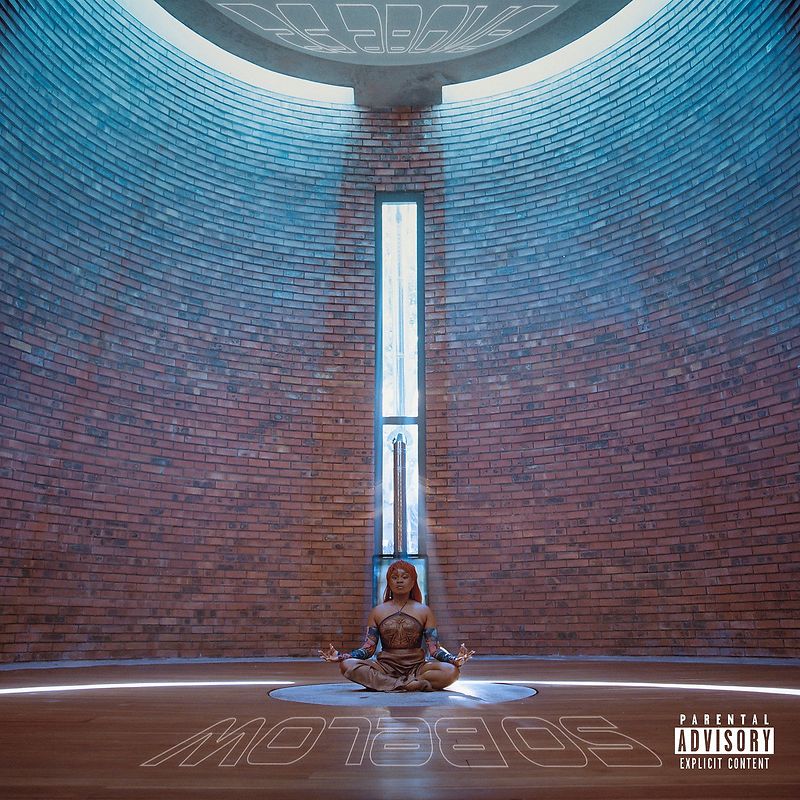 Sampa revisits her Zambian roots and Zamrock through hip hop on her 2nd album!
€ 26,95

PRE-ORDER ITEM: This item will only be shipped to you on or after 20 January 2023. Please note any orders containing pre-order items won't be shipped until all items are available, so please order this separately to avoid delays. Release dates are at the mercy of labels, distributor, and pressing plants and will change constantly.
PICK-UP AT SHOP / FREE SHIPPING FOR ORDERS WITHIN BELGIUM AND EXCEEDING € 100 (FYI: we notice delays at Bpost which are out of our hands, if you want to be a 100% sure about delivery date, best choose pick-up) / Shipping costs are dependent on various factors and are calculated in your shopping cart. Add this item to your cart to see the shipping cost. Or pick up your order at our store in Ghent.

Sampa The Great has announced her new album, As Above, So Below, released through Loma Vista.

Relocating home to Zambia during the pandemic, Sampa sought to reconnect with a different side of herself, a side that is freer and closer in resemblance to the younger artistry she cultivated growing up in Africa. This process of discovery would become the gateway to revealing her highest version of self. Choosing to collaborate with creatives Rochelle Nembhard and Imraan Christian from South Africa, As Above, So Below introduces us to a 360 Sampa, unveiling her many sides for the first time. From the funny to the serious to the sensual, As Above is Sampa outside’s self, and So Below, is the Sampa within, together uniting to reveal the most authentic version of Sampa, without a mask, or role to play.

As Above, So Below is anchored by spoken word in Bemba. The record delves into Sampa’s memories of Africa, Africa’s relationship to the world and what womanhood in Africa means to the world. We are also introduced to the persona of Eve, the highest version of Sampa that speaks to all facets of her womanhood.

The musical styles of As Above, So Below reflect the hybridity of Sampa’s upbringing. Raised in Botswana (a different country to her birthplace in Zambia), and then going on to attend school in different countries again, Sampa picked up varied musical influences along the way. Each style has attached itself to her own musical encyclopedia, and finds a new mode for expression throughout the record.

She also released a new single "Never Forget" along with its music video.

"Never Forget" begins with a brief bit of spoken-word poetry. The track quickly evolves and expands as a medley of claps and understated electric guitar weaves itself between Sampa's speech.

Sampa shared the inspiration for her new track in a press release.

"'Never Forget' is an ode to Zamrock music, a genre born in the '70s combining traditional Zambian music and psychedelic rock. In particular, the song focuses on kalindula music," she says. "This tribute was inspired by the band WITCH and their lead singer Mr. Jagari Chanda, who has become one of my musical mentors."

Sampa's interest in Zamrock stems largely from the genre's unnoticed status in its country of origin. In drawing insight from the genre, Sampa celebrates not only how its position in Zambian society mirrors her career but also its similarities to the Black diasporic experience.

More by Sampa The Great