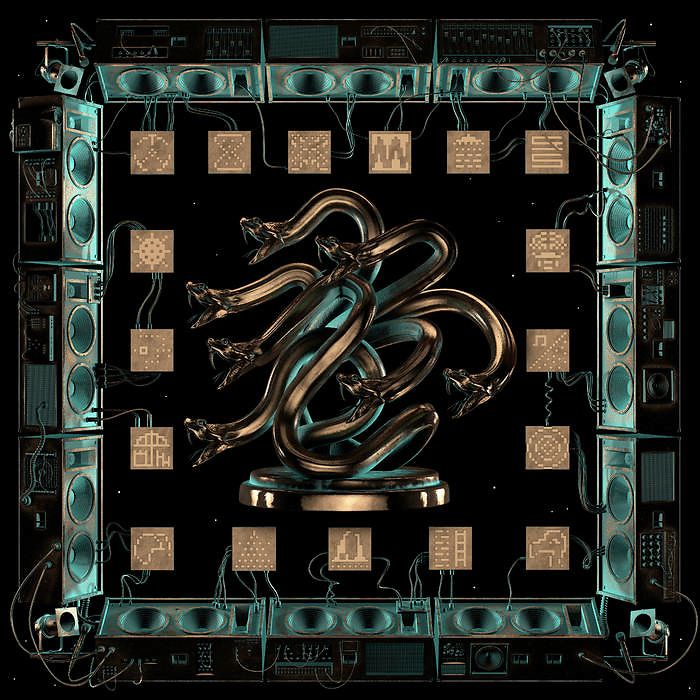 King Gizzard & The Lizard Wizard announce Chunky Shrapnel!
€ 27,95
PICK-UP AT SHOP / FREE SHIPPING FOR ORDERS WITHIN BELGIUM AND EXCEEDING € 50 (FYI: we notice delays at Bpost which are out of our hands, if you want to be a 100% sure about delivery date, best choose pick-up) / Shipping costs are dependent on various factors and are calculated in your shopping cart. Add this item to your cart to see the shipping cost. Or pick up your order at our store in Ghent.

The ‘Chunky Shrapnel’ album contains 16 tracks, most of which are taken from the live performances seen in the film. Chunky Shrapnel, directed by John Angus Stewart,  captured King Gizzard’s tour in the UK and Europe in support of ‘Infest The Rats’ Nest’.

“John Stewart (director of Chunky Shrapnel) followed us around for a few weeks through Europe," says the band's Stu Mackenzie. "It was fun and funny and wild and weird. Sometimes an inconspicuous fly on the wall, sometimes an intrusive camera man one inch from my face. Always exciting though. Chunky Shrapnel was made for the cinema but as both concerts and films are currently outlawed, it feels poetic to release a concert-film digitally right now."