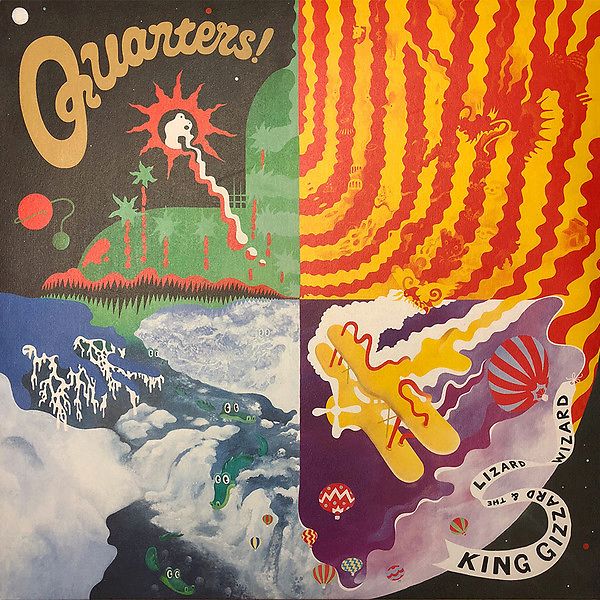 Quarters! is the sixth studio album by Australian psychedelic rock band King Gizzard & the Lizard Wizard. It was released on 1 May 2015 on Heavenly Records. The album features four songs, each running for ten minutes and ten seconds making each song a quarter of the album - hence the title. Drawing upon jazz-fusion and acid rock, the album's more laid-back sound was described by the band as "unlike anything they’ve released before" and as "an album more likely to get your head bobbing and hips shaking as opposed to losing footwear in a violent mosh".

Stu Mackenzie described how the composition of the album came around in an interview in 2015: "I wanted to make a record where I didn’t have to yell, as well as exploring some longer, repetitive song structures.” Four tracks, four quarters, each one precisely 10:10 minutes long, each one an extended jam teeming with melodies, the occasional trickle of water, space funk, laughter like Pink Floyd and deliciously unfussy grooves. I also didn’t want to use any brutal guitar pedals or sing through blown-out guitar amps as I usually would."