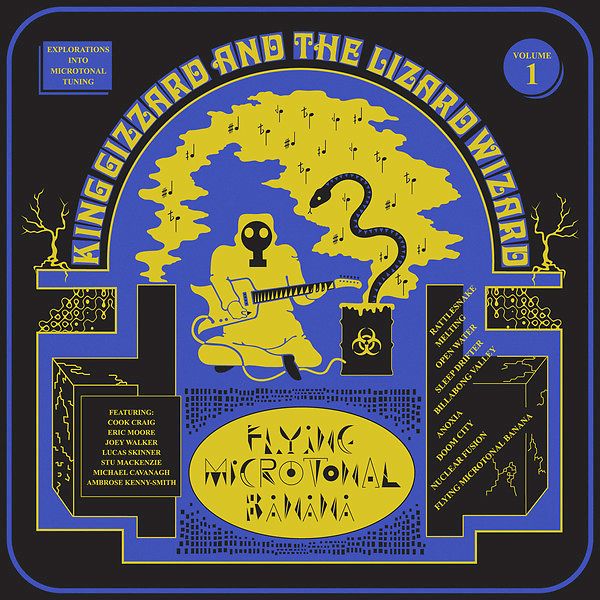 Flying Microtonal Banana is the ninth studio album by Australian psychedelic rock band King Gizzard & the Lizard Wizard. It was released on 24 February 2017 on Flightless Records in Australia, ATO Records in the United States, and Heavenly Recordings in the United Kingdom. It is the first of five albums released in 2017, and subtitled "Explorations into Microtonal Tuning, Volume 1". The album is recorded in quarter tone tuning, where an octave is divided into 24 (logarithmically) equal-distanced quarter tones. The album earned the band a nomination for Best Group at the ARIA Music Awards of 2017.