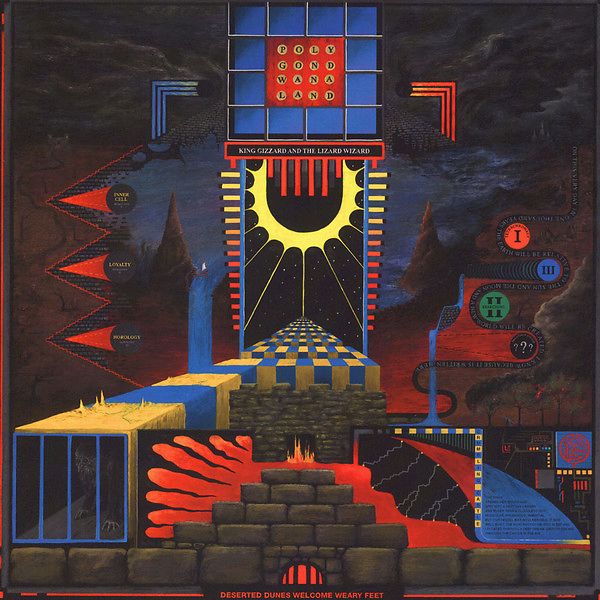 Polygondwanaland is the twelfth studio album by Australian psychedelic rock band King Gizzard & the Lizard Wizard. The album was released entirely in the public domain—the band did not sell copies of the album, but uploaded the master tapes online for anyone to use. It was released on 17 November 2017. It was the fourth of five albums released by the band in 2017.

This album was released as a free download with the band encouraging fans to create their own physical copies with provided templates.

Tracks A2, B1, B3 and B4 recorded by Casey Hartnett at Flightless HQ.

Tracks B2 and B5 recorded by Stu Mackenzie at Flightless HQ.

Tracks A1 and B6 recorded by Ryan K. Brennan at Tender Trap Studios, Melbourne. Additional recording by Stu Mackenzie and Joey Walker at Flightless HQ.

More by King Gizzard And The Lizard Wizard