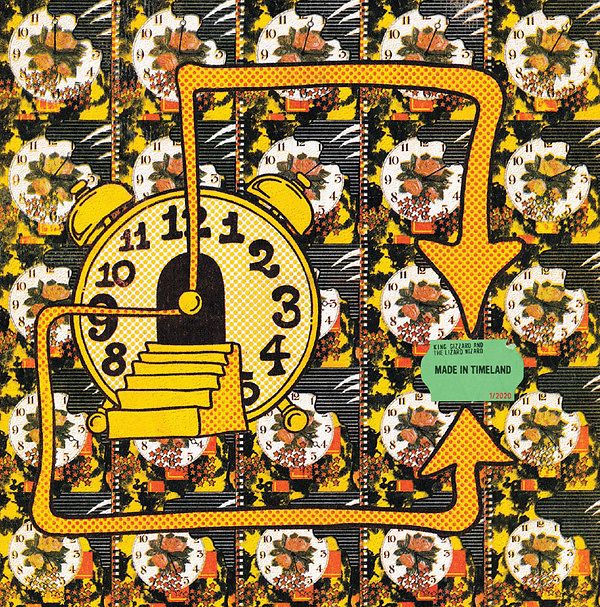 Made in Timeland is the 19th studio album by Australian psychedelic rock band King Gizzard & the Lizard Wizard.

The record was supposed to be given out for free at the Timeland festival on New Year’s Eve, but its last-minute cancellation led to those plans being scrapped.

The album consists of two 15 minute long tracks, each taking one side of the record. Both tracks consist of several short sections and feature a consistent clicking sound at a tempo of 60 BPM (much like a clock ticking), which carries on through the album.

The first track of the album, the semi-eponymous "Timeland", makes use of varying synthetic riffs, motifs, and sound pallets with no single "riff" stretching throughout the entirety of the piece.

The second and final track, "Smoke and Mirrors", contains aspects from many different genres, including synth rock, psych rock, dubstep, eastern themes, and rap. Throughout the song, many motifs from previous King Gizzard works can be heard, including "Hot Water" and "Crumbling Castle".