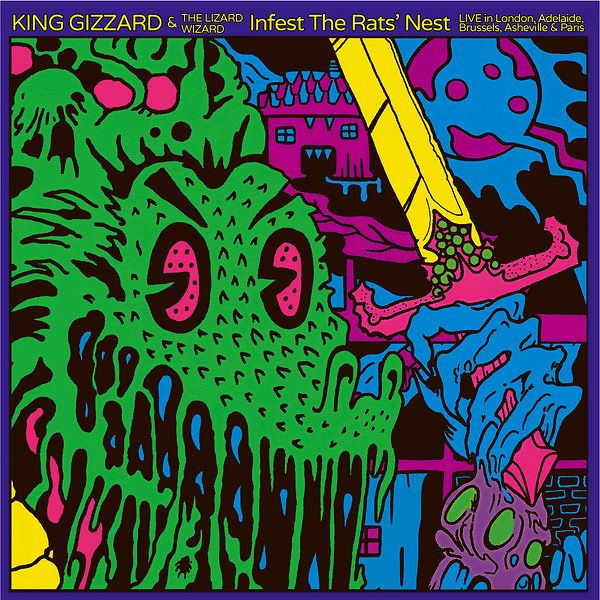 All tracks are recorded on their tour around the world in the UK, Belgium, Australia, USA, and France.

"KGLW made 5 live albums available to release for anyone, as we wanted to do something creative and special with it we took the best of all the different artworks and made it into one cover and inside cover artwork. Musically we took all the "Infest The Rats' Nest" tracks and compiled these on an LP record and added The ripping thrash demo version of "automation" as a bonus. The album's themes deal with climate change impacts, destruction of the environment and human resettlement to other planets."

This is King Gizzard at their rawest!!

"King Gizzard aren't sugarcoating anything, either musically or thematically, and that makes for their most timely and political album yet. It's also one of their most musically compelling and impressive, too, and that's saying a lot."