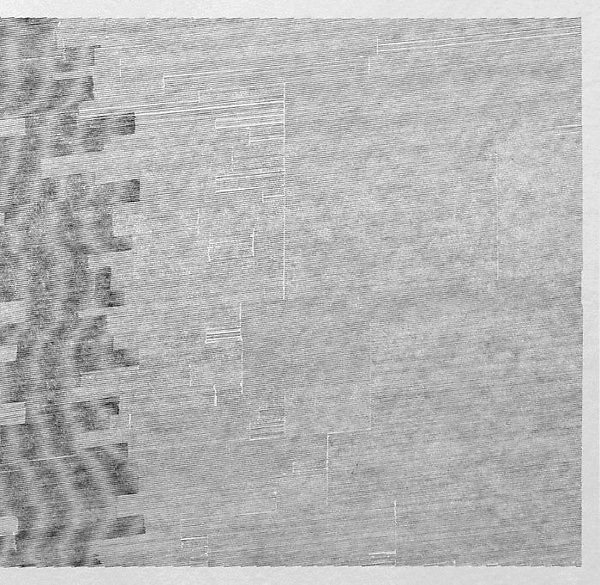 In his philosophical ideas, René Descartes supports the concept of automatism, referring to the mechanical reactions generated by stimuli from our friends in the animal kingdom. To illustrate: “If I press a dog’s paw, he systematically barks.” Yes, systematically, yes.

Here we are in the presence of another system from outre-Quiévrain named RAYMONDE (what a strange name for an electronic group - why not Simone or Josiane?) coming from the gastronomic capital of France, Lyon.

Ideologically, he does not identify with the French cartesian tradition and the harm that its approach to the senses and “the other” has caused in the world (« You will come visit me in the colonies »). The ZAD has, in the second decade of this century, become the raison d’être for the vibrant youth of the so-called hexagon - but RAYMONDE doesn’t identify completely with it either. Yet… the machine! It is now 2019 and all the post-war critics thought they’d dissected the beast, but the beast is tough. RAYMONDE makes music, the ultimate gate of the senses along with cyphers such as letters, words, sentences, paragraphs, pamphlets and sums; its magic is capable of durably healing our contemporary maladies (the burn-out/bored-out coupling)... RAYMONDE goes for it. Without any hesitation or discomfort, he spreads it all out: his mess and the whole mess in front of us, the machine and the world - he goes deep into it, and then he throws it all back at us: everything he’s tinkered with and concocted, everything he continues to explore as he throws it at us.

As previously mentioned, this is electronic music we’re talking about; there were once great French studios like IRCAM (Descartes again?) but today we’ve reclaimed the equipment of bygone technologies. Then there is of course the vintage business trading in vinyl, cassettes and modular synths, but damn when someone gets into it like RAYMONDE what can you do...when it gets him...it gets you. RAYMONDE gets into the thick of it by himself and far away from current trends, before being caught by the system again (still himself but that’s another guy), however minor and niche (thanks f***book), just like the brilliant bands risen from the rubbish piled onto the ruins of the hexagonal economy (from their crumbs). The first slap came from HEADWAR or, more recently, from the DIYisms of GUILHEM ALL, the energy from the two protagonists of Pialat’s Passe ton bac d’abord when they try to make it in Paris but never really do (the magic of cinema...one can only imagine the disaster when Paris eats them up...and speaking of cinema wouldn’t a reference be the extraordinary RAYMONDE CARASCO?). But back to our lambs (if I may say so), there are all these machines that have been found and repaired and reappropriated since the beginning of the 2000s, you have the old spitting amplifiers and the oscillators going rogue, and then all of these recordings coming from pretty much all over the world dug up in flea market stalls for next to nothing, yes, these recordings made by all those ethnomusicologists for the sake of anthropology or musicology (René Descartes again?) who capture the sensory processes (those pertaining to music) of certain worlds while their societies of origin works towards making them disappear, but who also rescue for us content of intrinsic and incomparable beauty, just like the recordings of birds which disappear parallel to the advance of western technology (KNUD VICTOR in Lubéron…).

So RAYMONDE, he takes excerpts, he’s not afraid of taking them because he loves them trully and he’ll steal them and put them through his machine; he’s going to sample and speed them up, he’ll combine them in different ways each time but still roll them out and does it here on this double LP by VLEK at the peak of his powers. We remember a concert at rue de la Senne in Brussels, the first, the initial thunderbolt. Once more we thought, pff great, another guy sampling Indian percussions, ya bon ya bon, the myth of the noble savage, exotic neo-paganism and all, Jean-Jacques Rousseau was just as nefarious as Descartes, nothing changes, we dream of the primitive, the virginal, the authentic; we are not free of the dichotomy, nothing new under the sun here. But we’re happy to be there with our friends, and then bam the thing kicks off for the long looooong set and, despite the wonky danceable aspect and the rhythm of the whole mess, the guy kicks things off for the set and that’s really what we need and yes, we reach the point that we all too easily call boredom and...the doors to the imaginary are opened for us. We feel that the guy is there, you’d almost think he’s not even aware of being there anymore, he is there serving to the music, he’s been taken over and so have we. It all feels like a escapist ritual you’ll say...but no, the machine is there, and so is technology, so is one’s place in the world, there should be no fear in accepting it as a presence. This is what VLEK is sharing through this release. RAYMONDE leaves his basement...and spills onto the hippest dancefloors, like his German peer DON’T DJ but messier. The machine becomes the bird, and idealized folklore and tradition are still around, trans-formed into its current form, that of a 21st century generation. Well done, and long live this record.