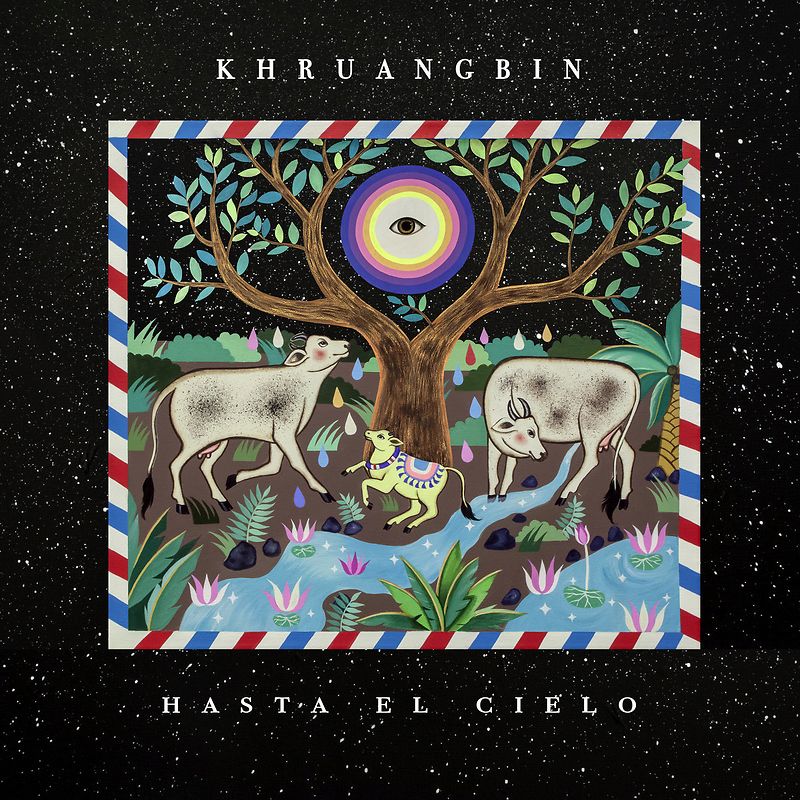 Hasta El Cielo on black vinyl with bonus 7” including two dub remixes by Scientist + download
€ 31,95
Shipping costs are dependent on various factors and are calculated in your shopping cart. Add this item to your cart to see the shipping cost. Or pick up your order at our store in Ghent.

The band’s exotic, spacious, psychedelic funk aligns with the dub treatment particularly well. Indeed, keen fans won’t find this a surprising release. Dubs of tracks from their first album ‘The Universe Smiles Upon You’ appeared on limited vinyl releases of ‘People Everywhere’ for Record Store Day 2016 and ‘Zionsville’ on the BoogieFuturo remix 12”. The especially eagle-eared will have caught a dub of ‘Two Fish And An Elephant’ playing over the credits of the track’s celebrated video.