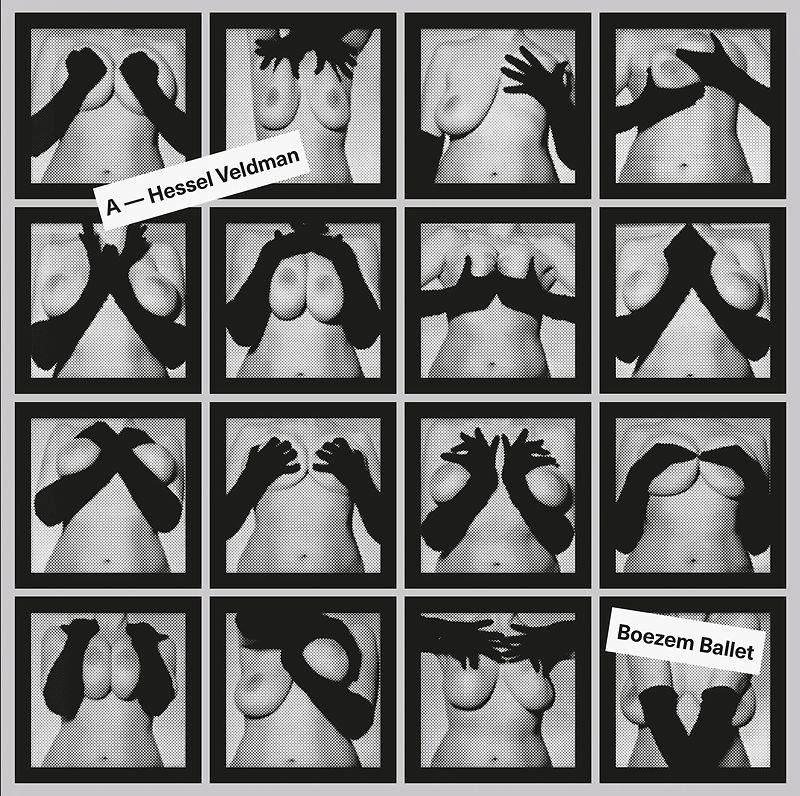 New STROOM 7" from eighties -dutch- DIY experimental music pioneers Hessel Veldman Enno Velthuys
€ 11,95
Shipping costs are dependent on various factors and are calculated in your shopping cart. Add this item to your cart to see the shipping cost. Or pick up your order at our store in Ghent.

In the Netherlands, Fluxus artist Willem de Ridder — magazine editor, radio producer, ‘ storyteller and activist — was a key figure in the Dutch arts and music scene. One of his many projects was the ‘Radiola Improvisation Salon’, made for the Dutch national VPRO radio, broadcasted from a castle-turned-music institute. De Ridder played music cassettes he received from visitors of the live show or from people who sent tapes by mail, without listening to them beforehand. He was the first to air Enno Velthuys’ music. Several home-tapers and close friends of de Ridder were present and they all fell silent in astonishment. Among them Rob Smit from Kubus Kassettes. He visited synthesizer artist Velthuys at his mom’s and convinced him of releasing ‘Ontmoeting’ (1982) and later on ‘Landscapes In Thin Air’ (1985).

Also in the room that day was Hessel Veldman who already had released his first tape through de Ridder and the VPRO. After that, he felt the urge to bring out his own cassettes. Together with Nicole Veldman he created the Exart label. Veldman was a DIY experimental music pioneer from the late seventies. He started out with a tape recorder, cassette deck, an antique tube amplifier he broke off a wooden console radio, an electric guitar and a 1967 Philips Philicorda organ. Everything was consistently recorded onto cassette: the tape recorder was a main instrument as well as other recording equipment. Inspired by punk, dub-reggae and German electronic music and under many guises (Gorgonzola Legs, FNTC, Y Create,...) Veldman created the most extraordinary pieces. Fluxus was of great influence to him and brought him to experiment more and more: “New concepts emerged during improvisation and recording: mistakes became sound design”.

Willem de Ridder had a Fluxus postal order company and also Veldman was part of this cassette network: “When it came to mail art, we send out and exchanged tapes all over the world”. The home-made tape scene was one filled with fanatics, who never stopping recording, creating an infinite amount of “unfinished and uncomfortable” sound experiments. Both Veldman and Velthuys featured on the All Chemix Radio broadcast series, brainchild of de Ridder, which consisted of several thirty minute plays, naturally also recorded on cassette tape. Until today, Willem de Ridder administers a huge cassette archive. After Robert Smit quit Kubus Kassettes – due to declining public interest with the upcoming compact disc and DAT – Hessel Veldman asked Velthuys to release on Exart. Between 1982 and 1987 they issued ‘A Glimpse Of Light’ and ‘Different Places’ together.

Velthuys was a hermit, creating straightforward but beautiful, melodic ambient in the bedroom of his mother’s apartment. “Enno was specific in encountering music. He couldn't deal with strange and dissonant sounds. His mind could only handle harmonic, soft ‘kitsch-like’ music.” Not much is known about him, except in the sixties he was a gifted musician who played in several bands. The drug-filled rock scene of that time left permanent mental scars. He came to mistrust the mail art network and sharing of tapes, after some of his work got issued without consent or communication and in poor sound quality. Velthuys always stayed in touch with Willem de Ridder though, creating background music for his story-telling radio programmes. He eventually died of cancer in 2009 after spending his last years in a secluded mental institution.

Featured live, during the Holland Festival (1983) at Theater Bellevue in Amsterdam.

Cover print: from the private cassette collection of Willem de Ridder, with a handmade cover by Enno Velthuys, called ‘In IJle Lucht’.

Text by Stefanie Vanrompaey & Hessel Veldman and party from www.furious.com/perfect/ennovelthuys.html