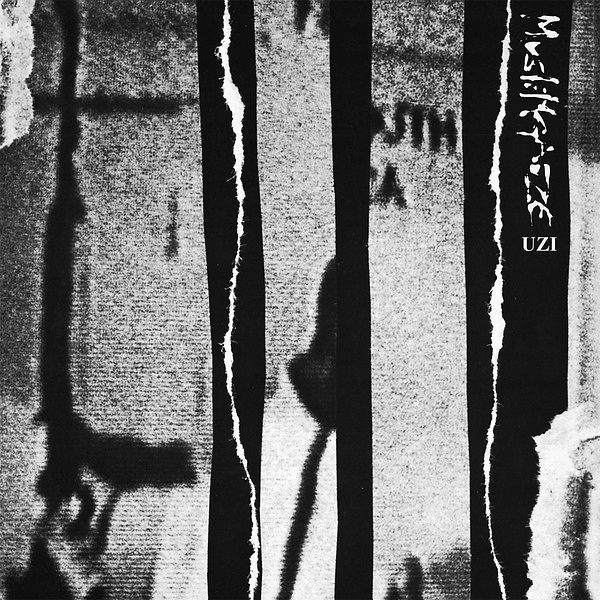 Uzi is Muslimgauze’s gem from the late ’80s. Cinematic, minimal, noisy, hypnotic, and gloomy. Probably not so overtly Middle Eastern as his later works, though definitely bearing an influence. Backed by electric drones, percussion forms a living, breathing an atmosphere of impending menace.

For a strange reason, this album was missing in VOD’s Chasing The Shadow Of Bryn Jones 10xLP Box-set. Now you have the chance to complete your Muslimgauze discography!

All Tracks Written and Played by Muslimgauze Recorded at Studio С by Roger B. Mixed and Re-mixed by Datum Stückzahl Remastered by Martin Bowes at The Cage, 2020 Layout by Oleg Galay, 2020 Originally released in 1989 through Parade Amoureuse ‎– PHOE 02