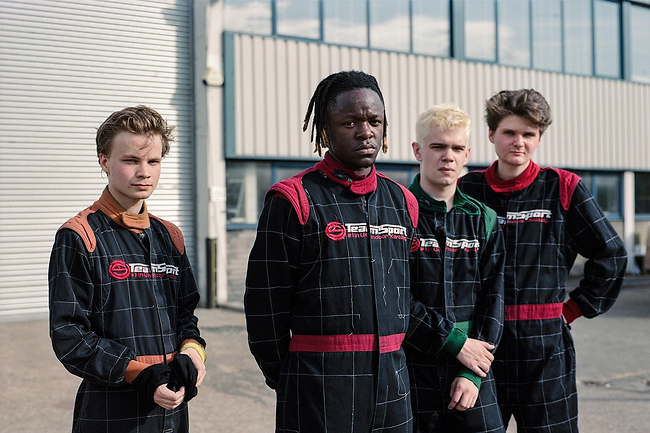 Black Midi are an English rock band from London, formed in 2017. The band consists of Geordie Greep on vocals and guitar, Matt Kwasniewski-Kelvin also on vocals & guitar, Cameron Picton on vocals, bass guitar, & synths and Morgan Simpson on drums. Their name is derived from the Japanese music genre black MIDI. The genre carries the denominator 'black' in the sense that it uses thousands, millions & sometimes even trillions of notes stacked on each other leaving the score black. Their sound has been described as experimental rock, math rock, progressive rock, noise rock and post-punk.