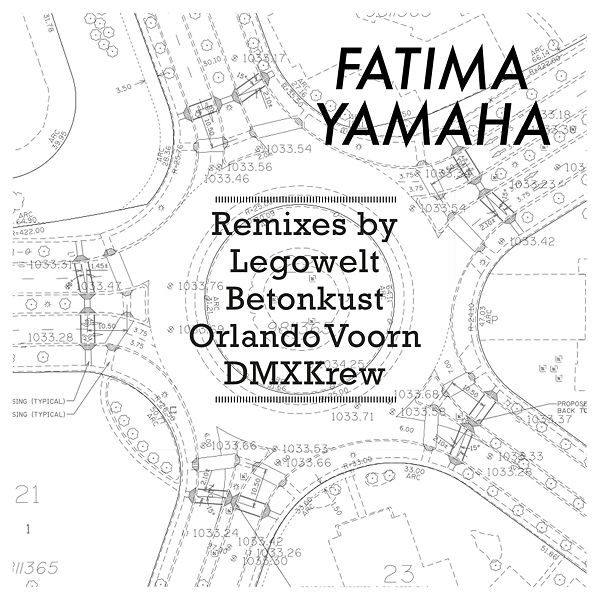 The theory of spontaneous order goes that equilibriums are created not through human design, but human actions; or, that widely adopted change and structure comes about from unintentional activity rather than a pre-conceived design. It’s something that Bas Bron aka Fatima Yamaha fully understands.

Bas has had a career that’s progression has been anything other than pre-planned. Working under numerous aliases for over two decades across intersections of electro-funk, electro-pop and house, the unassuming Dutch producer and his Fatima Yamaha moniker became one of the most sought after names in club land in 2015, after the irresistible melodic hook of What’s A Girl To Do? cemented itself as a set staple worldwide that summer - some 11 years after its initial modest release on D1 Records.

Understandably since then other monikers and projects have been put on the back burner; but Bas hasn’t rushed to capitalise on Fatima Yamaha’s success, in fact Spontaneous Order is the first full-length LP under the name since Imaginary Lines - released as he broke through five years ago. Refusing to conform, he’s continued to work in his own way, creating tunes and assigning them to an alias based on how they feel. Spontaneous Order again.

“I don't go into the studio with the mind-set of ‘right today, I'm making a Fatima track’” says Bas. “It all happens naturally, and the way the album came together made me think about this. There were no markers set down to say ‘this is how it should sound.’”

As a result, Spontaneous Order is sprawling in its sound. Recorded over several years, it’s an odyssey that remains in touch with its creator’s long held love of P-Funk, Detroit and Chicago House, but takes on additional dimensions too. Opener Drops In The Ocean, for instance, is a widescreen introduction, a call-back to the 16-bit games industry in its searing synth lines that carries the wave Amsterdam-based guesting vocalist Sofie Winterson rides on.

Elsewhere, the urgent, juddering Monderman is boss level music, jerking back and forth as ominous swirls of sound roll across it. In keeping with the album’s title and all its track names, Monderman is related to philosophy figures or theories. It’s the surname of Hans Monderman – a road roundabout designer who rejects using traffic signals, road signs, or directional marker, seeing them as an admission of failure that a road has not been designed safely.

Master Zhuang, too, is a turn away from the summer haze funk that Bas has in some way made synonymous with Fatima Yamaha. A minimal lo-end affair, it’s punctuated by skeletal synth lines that search and probe through the surrounding darkness. The track is named after 4th century BC philosopher Zhuang Zhou, writer of one of the foundational texts of Taoism, its teachings of living in harmony a sharp juxtaposition with the portentous hue of the music.

That’s not to say Fatima Yamaha has shunned the dancefloor on Spontaneous Order – far from it. Day We Met is Bas at his poppy, playful best, the track working around infectious hooks and bouncing along with a joyful energy. Happy Hour At Hayek’s is another that shows Bas’ inimitable ability to take a simple motif and turn it into a unforgettable banger, the track’s ebb and flow unwavering in its ascent to crescendo.

“It's Electronic music. I like Funk” says Bas simply of his Spontaneous Order, and at its heart that’s what the album boils down to; but to simplify it that much is to ignore the range and nuance that the producer has exhibited – whether due to grand design or not.