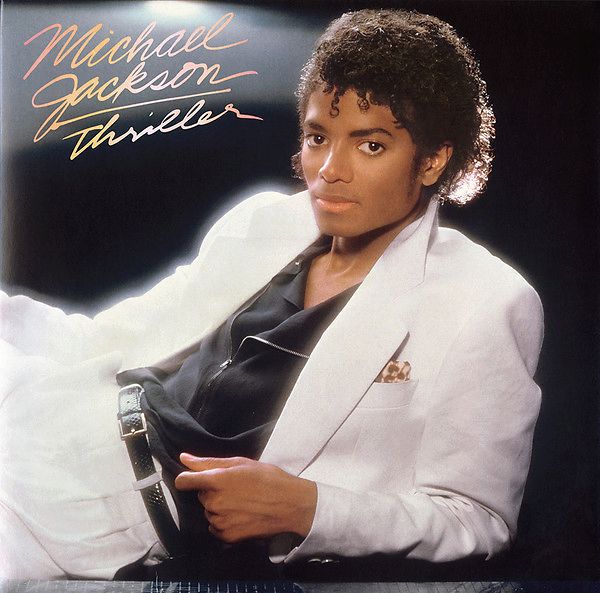 Thriller is the sixth studio album by American singer Michael Jackson, released on November 30, 1982, in the United States by Epic Records and internationally by CBS Records. It explores genres similar to Jackson's previous album, Off the Wall, including pop, post-disco, rock and funk. Recording sessions took place from April to November 1982 at Westlake Recording Studios in Los Angeles, with a production budget of $750,000. Quincy Jones produced the album and Jackson wrote four of its nine songs.

In just over a year, Thriller became—and currently remains—the world's best-selling album, with estimated sales of 66 million copies. The album won a record-breaking eight Grammy Awards in 1984, including Album of the Year. It produced seven singles—"The Girl Is Mine", "Billie Jean", "Beat It", "Wanna Be Startin' Somethin'", "Human Nature", "P.Y.T. (Pretty Young Thing)", and "Thriller"—all of which reached the top 10 on the US Billboard Hot 100 chart. Thriller broke racial barriers in pop music, enabling Jackson's appearances on MTV and meeting with President Ronald Reagan at the White House. The album was one of the first to use music videos as successful promotional tools, and the videos for the songs "Thriller", "Billie Jean", and "Beat It" all received regular rotation on MTV.