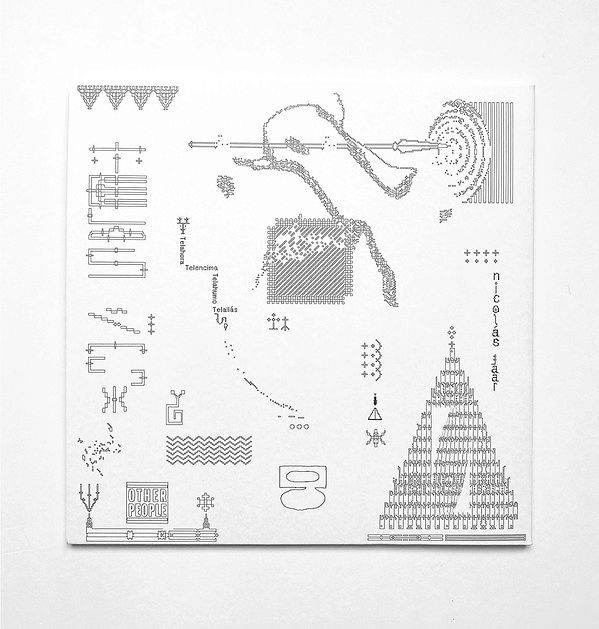 Telas is Nicolás Jaar's 6th full length album, and follows Cenizas from earlier this year. Telas was made between December 2016 and January 2020.

Almost entirely beat-free and ambient, featuring unusual instrumentation and electronics to create a shifting sound that brings a Reich/Riley/Glass style minimalism.  Like the ambient works of Brian Eno and Jon Hassell.

Telas (Veils) is multiple things at once. It's a visual terrain created by artist Somnath Bhatt. It's a record by Nicolás Jaar, with key contributions from Milena Punzi (cello), Susanna Gonzo (voice), Anna Ippolito & Marzio Zorio (instrument makers), and Heba Kadry (mastering). It's a digital terrain created by Abeera Kamran where the sounds and illustrations of Telas live in their primordial states. The site was imagined by Abeera, Somnath and Nicolás as a panspermic terrain where no matter -whether existing in thought, physical form or other- has a solid or unmovable origin.  Multiple parts of the music were first played during two shows at The Kitchen in NYC in the fall of 2017, alongside performances by Africanus Okokon and Patrick Higgins.