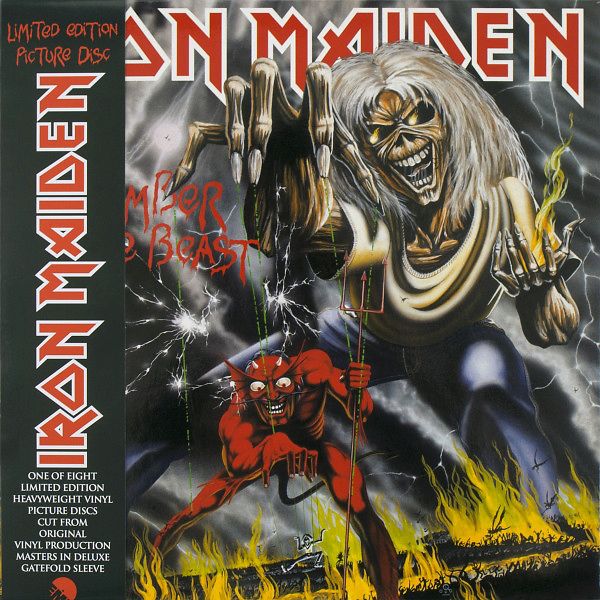 The discs are manufactured from vinyl which includes pictures. By nature of this manufacturing process, sound quality may be compromised.

The Number of the Beast is the third studio album by the English heavy metal band Iron Maiden, released in March 1982. It was their first release to feature vocalist Bruce Dickinson and their last with drummer Clive Burr.

The Number of the Beast met with considerable critical and commercial success and was a landmark release for the band—becoming their first album to reach No. 1 in the UK Albums Chart, and to reach the Top 40 of the Billboard 200 in the US. The album also produced the singles "Run to the Hills" and "The Number of the Beast", the former of which was the band's first top-ten UK single. The album was also controversial, particularly in the US, due to the religious references in its artwork and the title track's lyrics.

Since the release of The Number of the Beast and its subsequent tour, The Beast on the Road, "The Beast" has become an alternate name for Iron Maiden and was later used in the titles of some of their compilations and live releases.