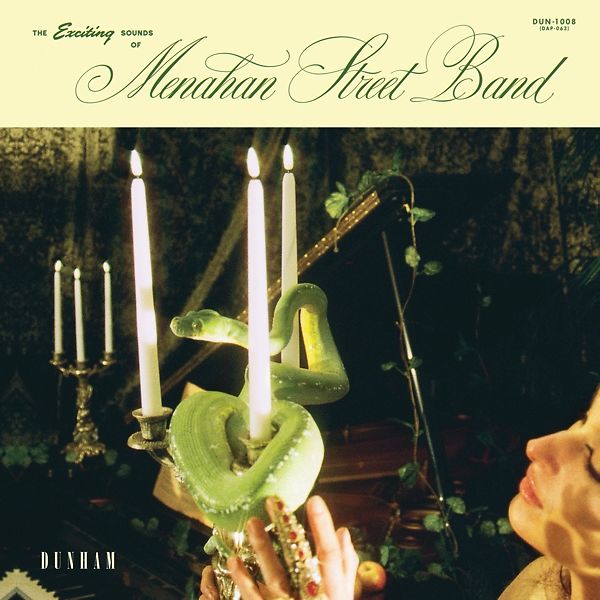 actualized with a mingling of hip hop, rock and roll, funk, and all of the eccentricities in between
€ 24,95

Brooklyn's reigning kings of instrumental soul deliver their first full-length album since 2012 - a groove-heavy, cinematic masterpiece that ebbs and flows in lush swells of Morriconian grandeur.

Menahan Street Band announce their first album since 2012, The Exciting Sounds of Menahan Street Band, out February 26th, 2021 via Daptone Records, and release a lustrous new single, “Midnight Morning.” The Exciting Sounds of Menahan Street Band is a milestone that reveals new dimensions in tone and timbre, as well as mood and design. World-renowned artist, Ariana Papademetropoulis lends her imaginative style to help create the striking cover art; a visceral visual that pairs well with the arsenal of analog instrumentation employed in the making of the album.

The Exciting Sounds of Menahan Street Band is the group’s first album in nine years. Well known to the world as the musicians that accompanied the great Charles Bradley and Sharon Jones both in the studio and on stage, Menahan Street Band rise to the moment with a beat-forward, cinematic masterpiece. Produced by Thomas Brenneck in the collective’s very own Diamond Mine Studios in Long Island City, NY, the album is actualized with a mingling of hip hop, rock and roll, funk, and all of the eccentricities in between. Stand out tracks include the lead single “Midnight Morning,” followed by “The Duke,” “Rising Dawn,” and “Devil’s Respite."