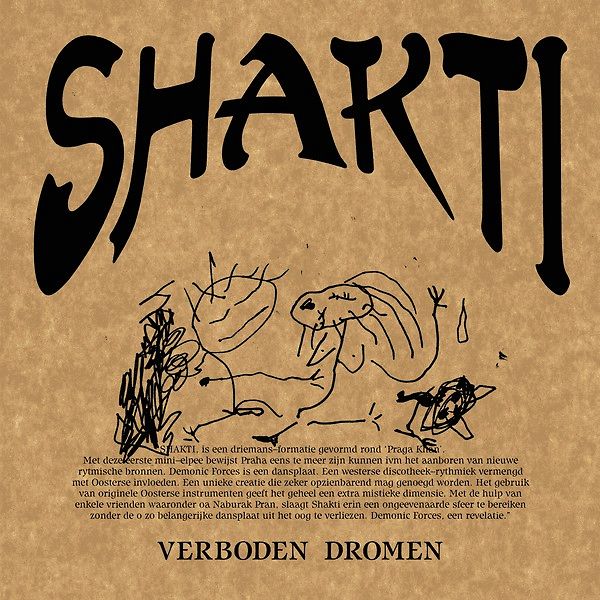 Brand new mini-lp from the three-man formation around “Praga Khan”.
€ 21,95

With this first mini-lp Praga once more proves his capability to drill into new rhythmic territories. Demonic Forces is a dance record. Western discotheque rhythmics mixed with Eastern influences. A unique creation that certainly can be called astonishing. The use of original Eastern instruments gives the whole an extra mystik dimension.

With the help of some friends amongst whom a.o. Naburak Pran, Shakti succeeds in attaining an unparalleled atmosphere without losing sight of the ever so important dance beat. Demonic Forces, a revelation.'