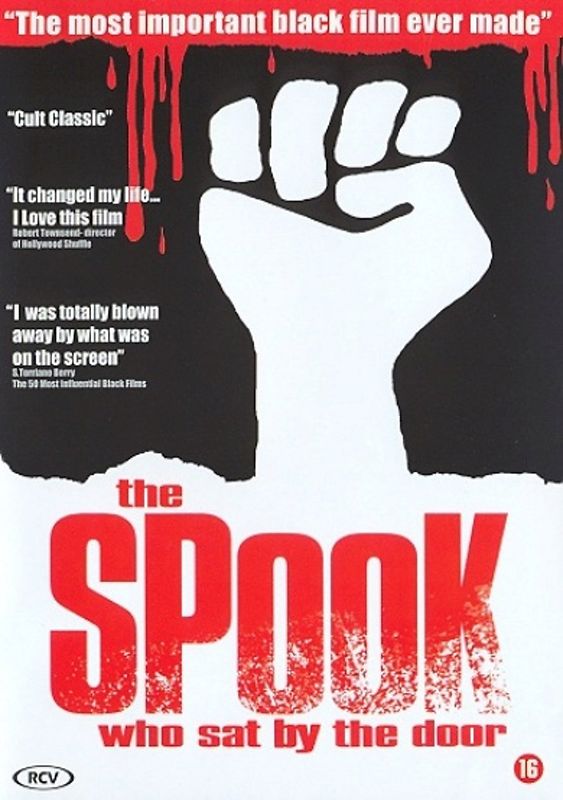 BLM
€ 9,95
PICK-UP AT SHOP / FREE SHIPPING FOR ORDERS WITHIN BELGIUM AND EXCEEDING € 100 (FYI: we notice delays at Bpost which are out of our hands, if you want to be a 100% sure about delivery date, best choose pick-up) / Shipping costs are dependent on various factors and are calculated in your shopping cart. Add this item to your cart to see the shipping cost. Or pick up your order at our store in Ghent.

The Spook Who Sat by the Door is a 1973 action crime–drama film based on the 1969 novel of the same name by Sam Greenlee (which was first published in the UK by Allison and Busby after being much rejected in the US). It is both a satire of the civil rights struggle in the United States of the late 1960s and a serious attempt to focus on the issue of black militancy. Dan Freeman, the titular protagonist, is enlisted by the Central Intelligence Agency (CIA) in its elitist espionage program, becoming its token black. After mastering agency tactics, however, he becomes disillusioned and drops out to train young Chicago blacks as "Freedom Fighters". As a story of one man's reaction to white ruling-class hypocrisy, the film is loosely autobiographical and personal.

The novel and the film also dramatize the CIA's history of giving training to persons and/or groups who later utilize their specialized intelligence training against the agency - an example of "blowback."

Directed by Ivan Dixon, co-produced by Dixon and Greenlee, from a screenplay written by Greenlee with Mel Clay, the film starred Lawrence Cook, Paula Kelly, Janet League, J. A. Preston, and David Lemieux. It was mostly shot in Gary, Indiana, because the themes of racial strife did not please Chicago's then-mayor Richard J. Daley. The soundtrack was an original score composed by Herbie Hancock, who grew up in the same neighborhood as Greenlee.