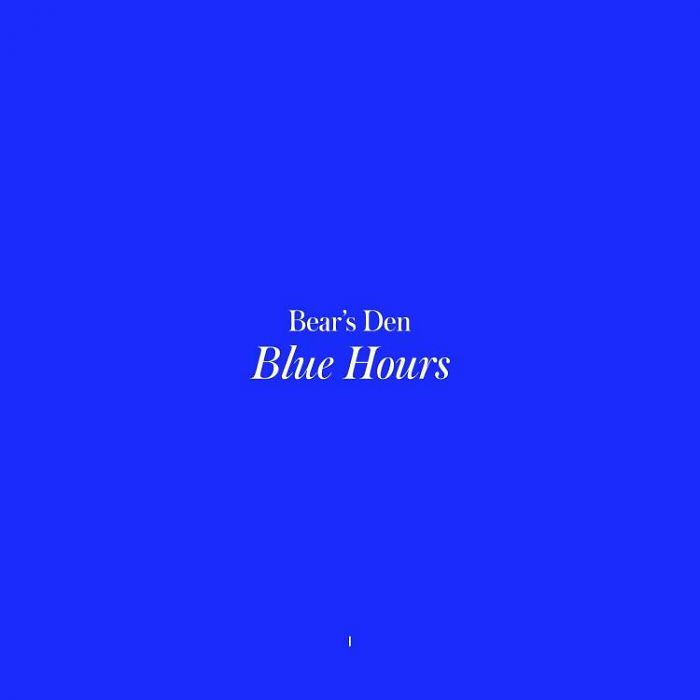 “The name ‘Blue Hours’ originally came from a hotel in Morocco and I liked the idea of this Blue Hours hotel being a place that one checks into at night, allowing you to drift off into your late night thoughts - good and bad, dreams & nightmares, both hopeful & desolate. Blue Hours became the name of the place I could go to escape, the state of mind I get into when I write songs late at night while the world's asleep. Soon enough though, I found it stopped being an escape and was actually a circling, unending inner dialogue. When the pandemic hit, it felt like the Blue Hours state of mind became this constant mindset that everyone was somewhat in - a sort-of arrested development dream state.” - Andrew Davie

Bear’s Den's deep connection with their fans has been built through the way their songs have naturally woven themselves into the fabric of some of the most important chapters of their fan's lives: the emotional fuel for this often being Andrew Davie's lyrics. This poignant and emotionally relatable songwriting is at the heart of Blue Hours, which beautifully addresses themes of mental turmoil and isolation, but with a sense of redemption and hopefulness weaved throughout.

10. All The Wrong Places

A. All That You Are

B. All That you Are - Live From Kansas City, Austin To Boston Tour