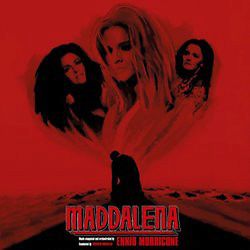 It is an absolute masterpiece and must-have for all Morricone fans and soundtrack lovers. The vinyl version of the original 1971 release is one of the rarest Morricone soundtracks, and will now be available as a re-release by Monte Stella records on coloured clear and solid silver mixed vinyl.