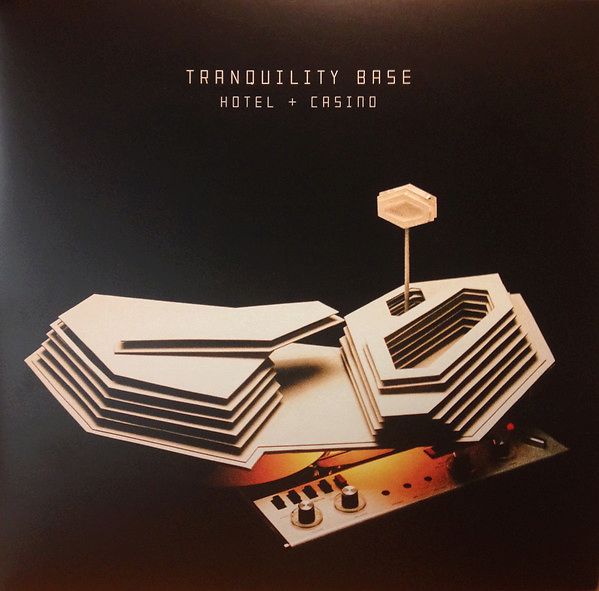 Tranquility Base Hotel & Casino is the sixth studio album by English rock band Arctic Monkeys, originally released on 11 May 2018 by Domino Recording Company.

It was written by band frontman Alex Turner in 2016 on a Steinway Vertegrand piano in his Los Angeles home. It was produced in Los Angeles, Paris and London by frequent Arctic Monkeys collaborator James Ford (Simian Mobile Disco) and Turner himself.

The album features a rich sound that embodies psychedelic pop, lounge pop, space pop, and glam rock, as well as elements of jazz. It is a major departure from the band's previous guitar-heavy work, being less accessible than its internationally successful predecessor, AM (2013).

Its lyrical content draws heavily from science fiction and film, exploring consumerism, politics, religion and technology through the concept of a luxury resort on the Moon told from the perspective of various characters, such as the singer in the in-house band on "Star Treatment" or the hotel's receptionist on the title track. Turner designed the album artwork himself, which depicts the resort with cardboard cut-outs and a tape recorder. Its title refers to Tranquility Base, the site of the 1969 Apollo 11 Moon landing.