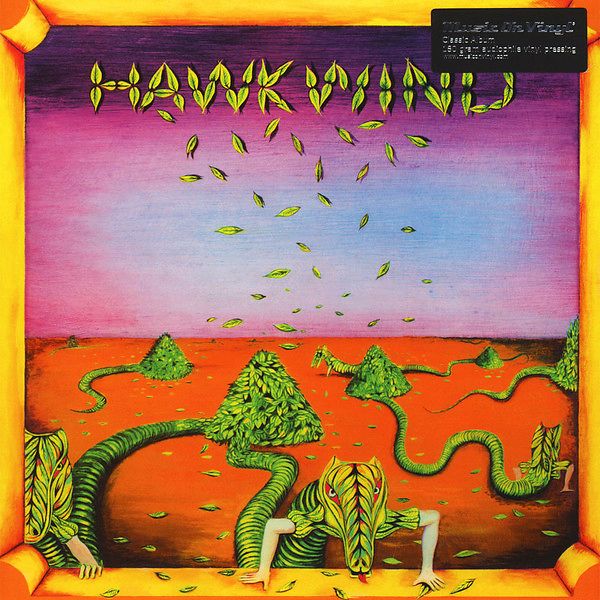 Formed in 1969, Hawkwind are a prolific and pioneering space-rock group from the UK. Within weeks of their formation, the band had made a name for themselves on the free festival circuit and would perform live without fee wherever they were able. By the time of their 1971 album 'X In Search Of Space', Hawkwind were infamous for their science fiction themed music and theatrical concerts, the latter renowned as exhibitions of pulsing electronics, dazzling light shows, LSD consumption and (from 1971-75) a nude dancer in the form of Stacia Blake .

Hawkwind is the self-titled debut album by Hawkwind, released in 1970, originally on Liberty Records, later reissued on Sunset Records. One of the first space rock LPs.