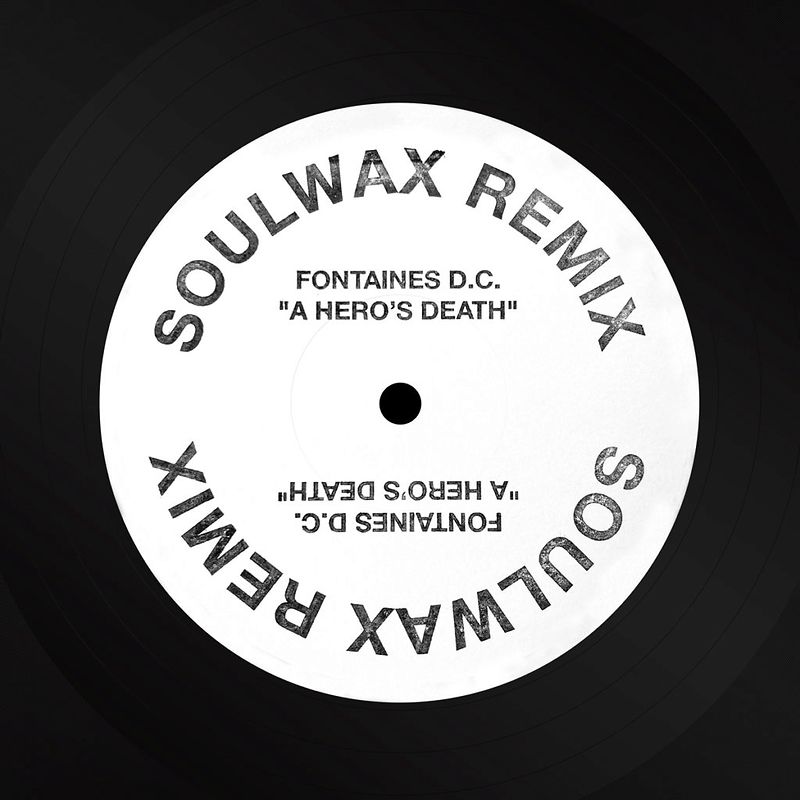 ONE COPY PER CUSTOMER  -  pre order for end of march

"Whatever the part of the brain is that sparks the idea for a remix when you hear a great song, even though it doesn't always work, it was definitely fully functional when we heard A Hero's Death." Soulwax

Fontaines D.C. 'A Hero's Death' (Soulwax Remix) is released on Partisan, January 19th, in collaboration with Soulwax, who are pressing up a limited run of 1000 hand-stamped vinyl, hitting shops shortly after the digital release.