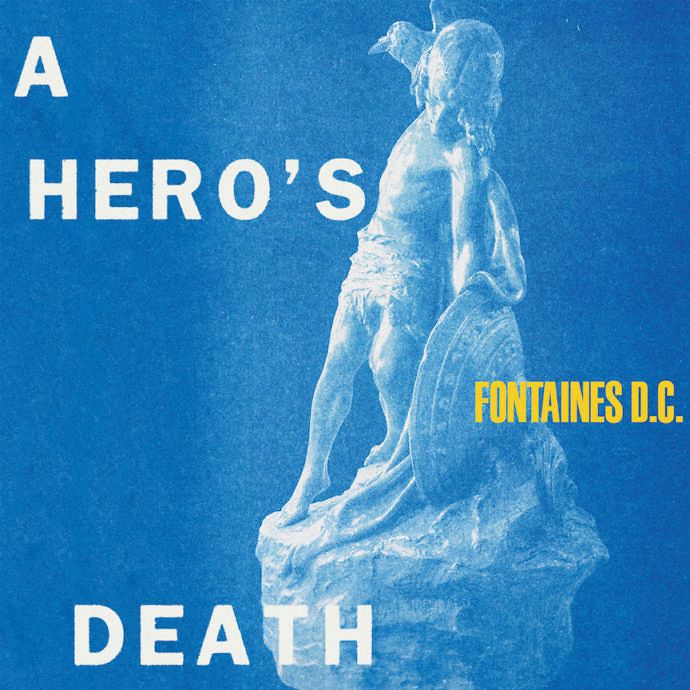 Barely a year after release of their hugely acclaimed debut 'Dogrel', the follow-up is here! TIP!
€ 22,95

Barely a year since their debut ‘Dogrel’ earned them a spot as one of the most acclaimed new bands of 2019, Dublin’s Fontaines D.C. will return with ‘A Hero’s Death’ on 31st July via Partisan Records.

Arriving battered and bruised -albeit beautiful -the album is anything but a re-hash of the swaggering energy from their first record. Instead, the music is patient, confident, and complex –a headyand philosophical take on the modern world and its great uncertainty. To record ‘A Hero’s Death,’ Fontaines D.C. rejoined producer Dan Carey (Black Midi, Bat For Lashes) in his London studio. Together they carved out a more restrained, spectral balladrythat runs through a good portion of A Hero's Death, citing influences from Suicide, The Beach Boys, and Leonard Cohen to others including Beach House, Broadcast, and Lee Hazlewood.