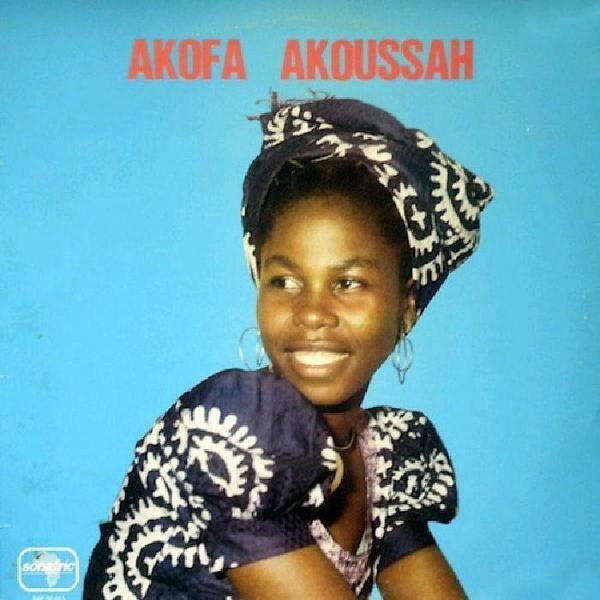 The album moves through uptempo afro-folk-funk on 'tango' to deep ballads of 'ramer sans rame' and 'I tcho tchass' and lighter moments on 'g blem di' and 'mitso aseye'. Akofas exceptional songs and soaring vocals are decorated with percussion, guitar lines, subtle backing vocals and horns to create a unique, rich sonic. The album was recorded for release by french label Sonafric in 1976. Produced by Gérard Akueson; founder & owner of African record label, 'akue', based in Paris.

Music was truly in the blood of Julie Akofa Akoussah. She began singing at the age of three, inspired and led by her mother and older sister and became principal soloist in her school choir, st. Peter & Paul choir of our immaculate conception parish of Nyékonakpoé, at the age of 8. From there her career blossomed, and singing often took precedence over her studies. In order to master her art she spent time studying and working closely with local groups including Mélo Togo, Rocka Mambo, Rio Romamcero, Ok Fiesta, Eryco Jazz, Afro Cubano, Los Muchacho, Elégance Jazz and Togo Star amongst others. In her own words: 'luck opened the door in January 1966 where I had the honour of being selected to share the stage with Bella Below - one of the best voices of Africa - at the 1st 'Negro arts festival' in Dakar. On my return, I was approached by Ambroise Ouyi, the highly respected singer & poet, and we wrote 'tu ne m'écris plus', my very first opus.'

The popularity of her work led to an increased exposure for Togolese music outside of the country, in neighbouring Ghana and Benin most notably. During her career she collaborated and performed with greats including Manou Djibango, Queen Pelagie, Abeti Massikini, Aycha Koné and Myriam Makeba. Akoussah was also dedicated to, and widely recognised for, her work for social causes, championing and nurturing young musical talent, and the fight against aids. She was president of the national union of artists musicians of Togo (Unam) before sadly passing away in april 2007 after a long illness, at the age of 57.