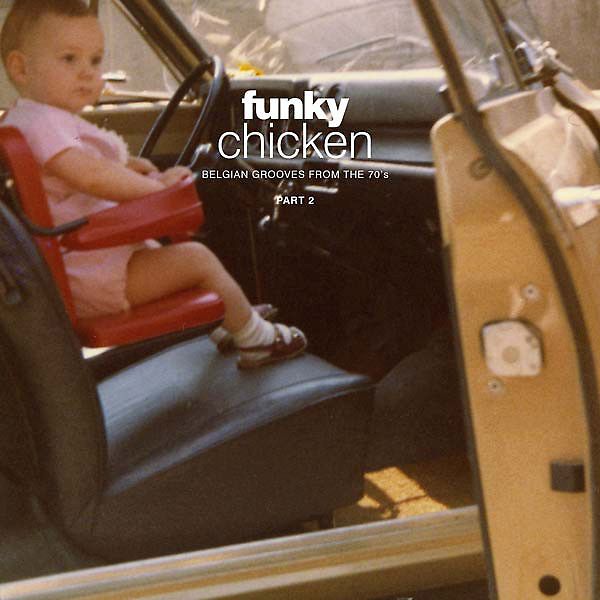 Funky Chicken brings together some of the best Belgian dance tracks from the early seventies. Emerged in a country where virtually every musical wave passes through, most of these tunes were created and recorded by hired guns, in this case a few clusters of gifted session musicians and composers. -The music on Funky Chicken is their take on (afro-)funk, soul and Latin. Some of their releases were hit parade cannon fodder, but occasionally, some spare studio time or the urgent need for a B-side allowed for memorable musical experiments.

Funky Chicken is a post-fact documentation, the result of a quest into a period on which information is few and far between, the ‘black hole’ in Belgium’s history of popular music. The barren wasteland between the variety orchestras of the sixties and the electronic revolution of the late seventies and early eighties. -This series explores the ground the dance pioneers built upon.