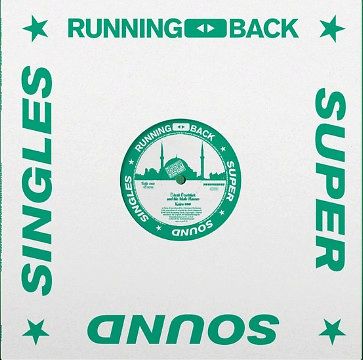 A holy grail of European electronic dance music, and a classic at the Italian disco scene and Hamburg's Front club alike (you might have heard it on their recent Mastermix), is finally available again.

Produced in 1984 by two mysterious friends during a hazy studio session in the small town of Aschaffenburg, Germany, it is best described by Discogs member goulashdj as 'a funny version of some Imam praying on top of an electronic Groove', .'Kairo' is all you want from an oddball record: fun and funky, weird and wonderful. Featuring original vocals by one of the two friends, it seems to be offensive to religious fanatics and devout Muslims (you better watch, where you play out the original). Therefore, a philosophical advisory or religious warning: 'No religion, god or believer was harmed during the creation of this record. We believe in the right to believe or disbelief in anything and everything that isn't inhuman.' For safety reasons, it includes a persecution-proof instrumental version by Boris Dlugosch as well as the original B-side and completely atheistic 'Kosak 2000'. And to close with Mark Twain: Man was made at the end of the week's work, when God was tired.