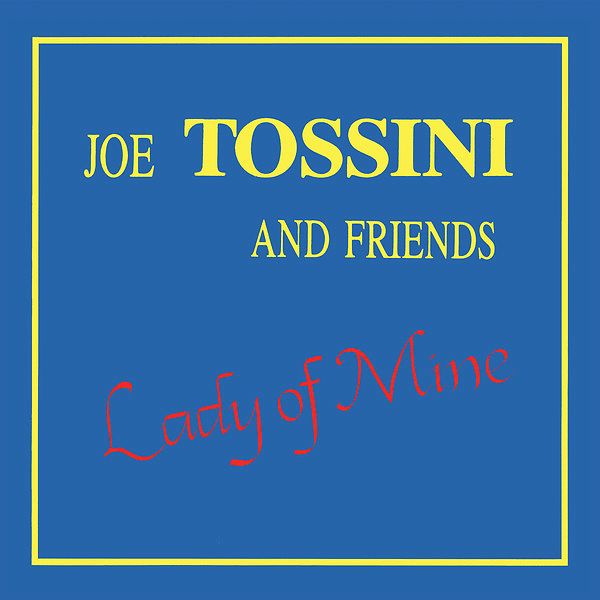 Lady of Mine is the 1989 debut LP by self-made Italian-American Joe Tossini. An astoundingly honest, passionate record of cosmopolitan lounge music, he willed this charming suburban oddity into existence without any formal musical training.

Sicilian by birth, Tossini drifted around the world between Italy, Germany and Canada, before finally settling in New Jersey. After the passing of his mother and the breakdown of a second marriage, an anxious and depressed Tossini took to songwriting as a form of therapy, crafting disarmingly candid lyrics from his extraordinary life and loves. Whatever industry savvy or musical virtuosity he lacked was made up for by unflinching resourcefulness and infectious charisma. Befriending bandleader Peppino Lattanzi at local club The Rickshaw Inn, he was encouraged to animate his singular songs with an ambitious cast of 9 players and 5 backing vocalists, sincerely credited as his Friends.

The Atlantic City basement sessions are a low budget, high romance testament to Tossini’s character and the power of positive thinking. From the defiant, Casiotone samba of If I Should Fall In Love, to Wild Dream’s dizzying escapism and the native tongue croons of Sulla Luna and Sincerita, Lady Of Mine hums with the inimitable magic of a true original. Piercing the heart with an effectively sparse combination of humming keys, CompuRhythm drums, horn flourishes and backing divas, ample room was left for Tossini to frankly deliver his much-needed life lessons.

Underperforming commercially at the hands of short lived label IEA Records, Lady Of Mine has since earned a place in the outsider music canon. Recently peaking interest as a cornerstone of the Sky Girl compilation, the private press trades for inordinate sums, typically with no financial benefit to its creator. Lady Of Mine is now finally reissued on the artist’s own terms via Joe Tossini Music, in partnership with Efficient Space, restored from original master tapes with unseen photos, extensive liner notes and Tossini’s trademark wisdom.

Devoutly independent, Tossini has previously self-released the 2015 instrumental album When You Love Someone as well as two books - a new fiction novel The Devil In White and his autobiography The Account of My Life.