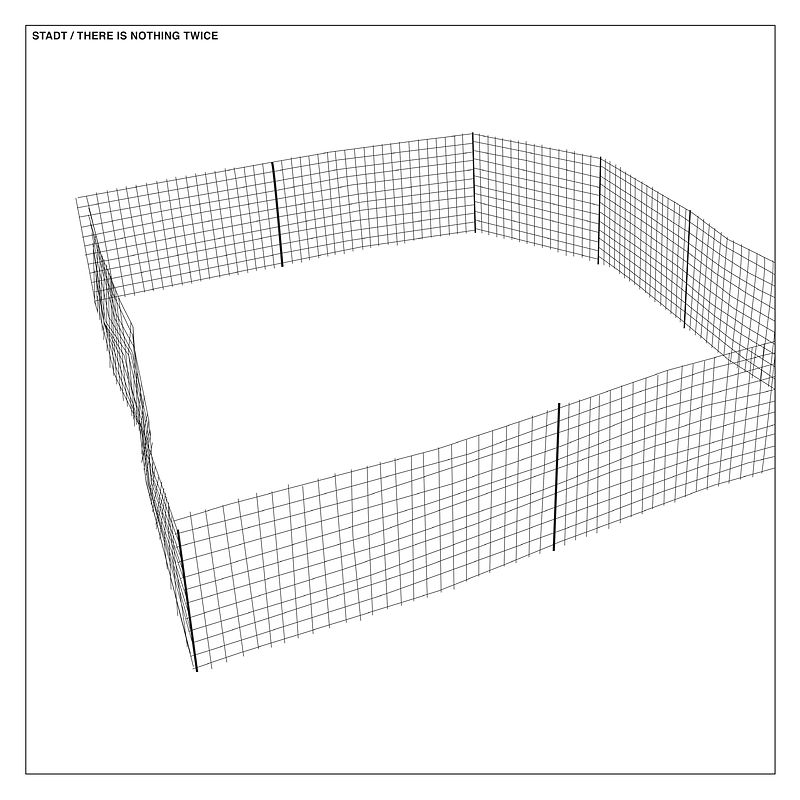 A double Ep on one LP by the adventurous formation led by Fulco Ottervanger (Beraadgeslagen)!
€ 21,95

There Is / Nothing Twice' are two separate ep's, merged together on one vinyl. One part made in their homey Ghent studio, the other recorded - and filmed! - live at Amerikaans Theater in Brussels.

In 2015, after the release of their second LP Escalators, some of STADT affiliates went their various ways. Singer and synth maestro Fulco Ottervanger and drummer Simon Segers make up 2/3 of the celebrated jazz trio De Beren Gieren, while Ottervanger found a likeminded sparring partner in drummer Lander Gyselinck (STUFF.) to bounce beats back and forth with BeraadGeslagen, and Segers joined the ranks of ethio-jazz troupe Black Flower and the voodoo trio of MDC III. The second Segers in the band, guitarist-keyboardist Frederic, went on to produce for, and sometimes play with, several Belgian bands.

For the members of STADT, before they started recording their new album There Is/Nothing Twice, simply 'making a record' was not on top of the to-do list. It was rather 'something', out there. Why not try their hand at a live album? Recorded in a studio, one take. Something different. Or a movie? A live movie, maybe?

It didn't turn out to be a movie, nor a live album, and yet it also kind of did. 'Something' they now describe as two separate ep's, merged together. One part made in their homey Ghent studio, the other recorded - and filmed! - live at Amerikaans Theater, former television studios in Brussels, build in the late fifties. 'Something' that's equally hybrid and fluid as the sound of STADT, a band who prefer to dig and embrace their very own pitfalls.