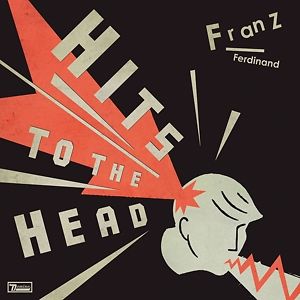 It’s hard to over-estimate the absolute excitement that was all around Franz Ferdinand right from the start. They seemed to arrive from nowhere fully formed with a fistful of songs, looks, licks, moves. They just had it, that’s all. There was always going to be a greatest hits and… 20 years later, here it is. Hits To The Head is a spectacular 20-track greatest hits collection showcasing the world-conquering success of the band’s career to date.

Talking about the process of picking tracks for the album, lead singer Alex Kapranos said: It's the same as writing a set-list for a festival: you want to play the songs you know people want to hear. The hits. Bring the hits to the head. The heart. The feet. That means obvious singles, but also songs you know have a special meaning for both band and audience like Outsiders. We also added two new songs, recorded last year: Billy Goodbye and Curious, both co-produced at the last stage with Stuart Price. I have friends who believe you’re somehow not a “real” fan if you own a best of rather than a discography. I disagree. I think of my parents’ record collection as a kid. I loved their compilation LPs. I am so grateful that they had Changes or Rolled Gold. Those LPs were my entrance point. My introduction.

Hits To The Head runs all the way from Darts Of Pleasure to brand-new tracks Billy Goodbye and Curious, it’s a bejewelled beauty.