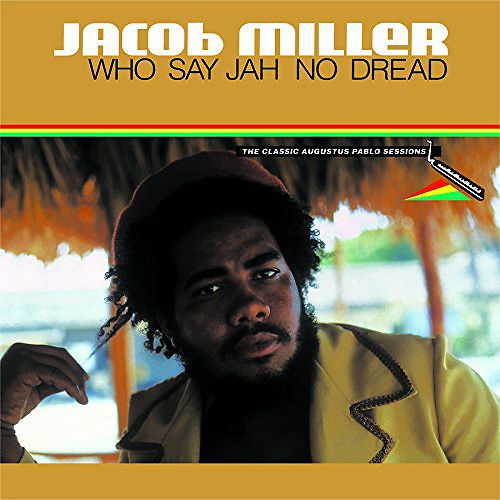 The golden voice of the late, great Jacob Miller produced by the legendary Jamaican roots foundation producer Augustus Pablo during the years 1974 and '75.
(Produced by King Selassie I through his divine powers working through I and I to manifest these inspirations.)

Tracks such as False Rasta and Who Jah No Dread are the very definition of deep roots music, featuring soaring, heartfelt vocals from Miller atop killer bass heavy rhythms, including Pablo's ultra-heavy 555 Crown Street rhythm on the first named. Keep On Knocking references his childhood, Studio One side Love Is A Message, and Baby I Love You So features the incredible King Tubby Meets Rockers Uptown, mixed at King Tubby's and many people's introduction to the then new musical form known as dub.

Also included is the great King Tubby's dubplate Some Of Them Say Them A Rasta, on which Tubby's voice can be heard encouraging Miller to get it right as he head-tops across the classic Ain't no Sunshine rhythm.

The compilers have fleshed out the original 1992 collection with various "next cuts" to the rhythm tracks used here, including the singles' original B side versions, as well as various Pablo instrumental cuts. It also includes the Tubby's dubplate vocal that first appeared on a Jamaican pressed Thompson Sound 7" some years back, with its snatches of banter between the King himself and Jacob.