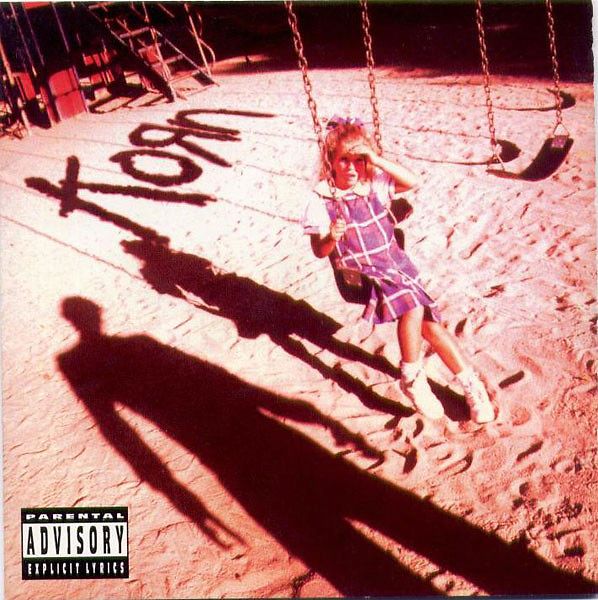 Korn (printed and stylized as KoЯn) is the eponymous debut studio album by American nu metal band Korn. It was released on October 11, 1994, through Immortal/Epic Records. Before recording the album, the band was approached by Immortal/Epic Records after a performance at Huntington Beach, California. The band signed to their label because they didn't want to "sign away all of their creative freedom." The band would record at Indigo Ranch Studios in Malibu, California with producer Ross Robinson, who also produced their 1993 demo Neidermayer's Mind. The recording took place from May to June 1994. After the recordings, Korn toured with Biohazard and House of Pain.

The album's themes include child abuse, drug abuse, and bullying. The album cover depicts a young girl being approached by a large man who is holding what appears to be horseshoes or possibly blades. Furthermore, the girl's shadow gives the appearance that her body is being hanged due to the position of the band's logo. Photography was done by Stephen Stickler, and the design was directed by Jay Papke and Dante Ariola. The first single "Blind" charted at number 15 on the Canadian Alternative 30, the album peaked at number ten in New Zealand as well as number seventy-two on the Billboard 200. The debut album has sold at least 2.1 million copies in the United States and 10 million copies worldwide according to Nielsen SoundScan as of January 4, 2013. The album is considered to have started the nu metal genre.