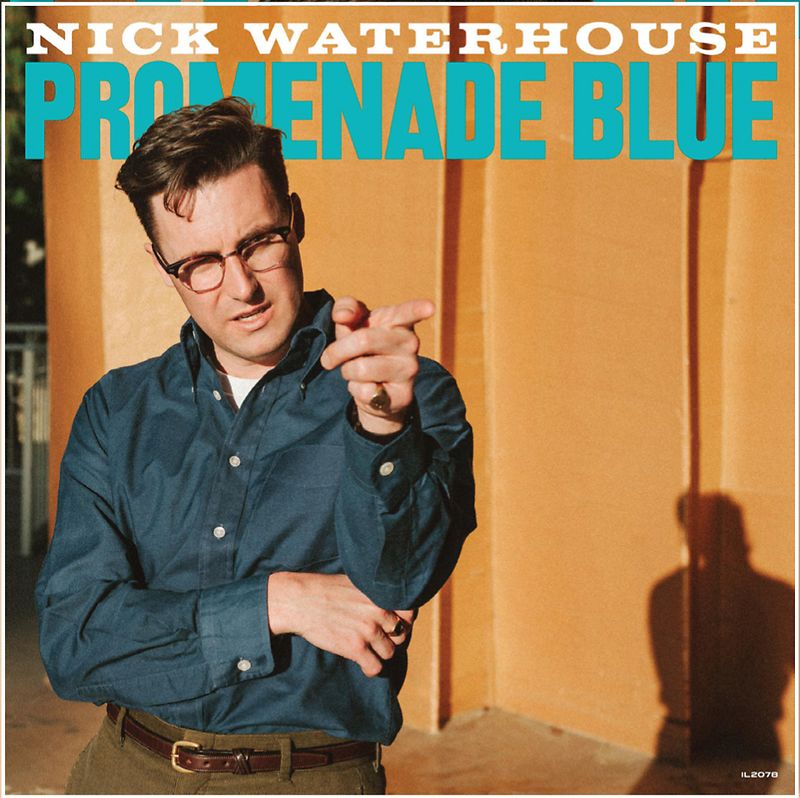 Waterhouse’s finest hour as a writer and bandleader
€ 29,95

Delivery postponed, we'll ship asap when stock arrives, thanks for your understanding & patience.

Nick Waterhouse takes the colour blue as his hue of choice on Promenade Blue. In Nick’s musical and lyrical world, blue is a refraction of his life and memories — evoking the endless tours, marathon recording sessions, and highs and lows of success he’s experienced in his decade-long career; conjuring romances that were doomed, loves that lingered, and hope for future days of parity and partnership; summoning spirits of people who have gone but permeate his mind forever. That’s the world of Promenade Blue — one that is vivid and magnetic, buoyed by both light and density due to Nick’s newfound collaboration with producer Paul Butler (Michael Kiwanuka, The Bees, St. Paul and the Broken Bones). It’s not Gatsby’s New York in the 1920s, it’s Waterhouse’s California in the 2020s... but as anyone who’s ever listened to a Waterhouse record knows: time, though clearly pegged to the dawn of this new decade, is a more malleable concept.

In no uncertain terms, Promenade Blue represents Waterhouse’s finest hour as a writer and bandleader — leveraging the musical partnerships he has built over many years to put something forth that is so fully realized and felt that it sparkles beatifically, reverberating with energy, heart, creativity, and vibe from start to finish.