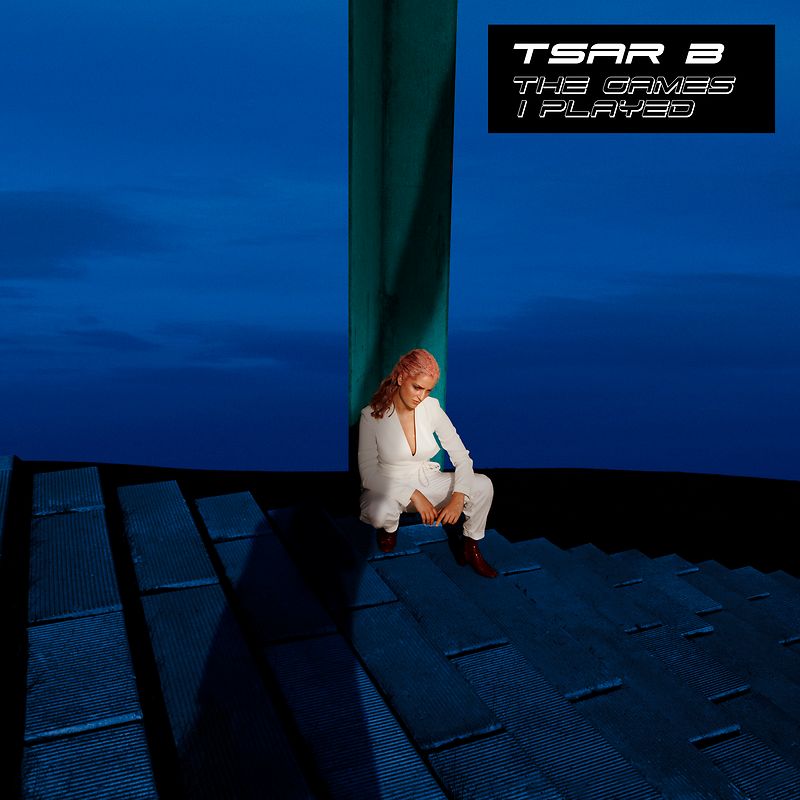 First full length album by Tsar B on vinyl! Sensual, deeply electronic/R&B infused pop!
€ 27,95
PICK-UP AT SHOP / FREE SHIPPING FOR ORDERS WITHIN BELGIUM AND EXCEEDING € 50 (FYI: we notice delays at Bpost which are out of our hands, if you want to be a 100% sure about delivery date, best choose pick-up) / Shipping costs are dependent on various factors and are calculated in your shopping cart. Add this item to your cart to see the shipping cost. Or pick up your order at our store in Ghent.

Tsar B will play an intimate session on Thursday December 13 in our store. She will bring exclusive first copies of her record on vinyl. You can pre-order her album & RSVP here: http://bit.do/MMtsarb

Having long outgrown her first time in the spotlights as School is Cool’s violinist, Tsar B releases a first full album which combines unequivocal drama with candid lyrics and a 90s urban feel. From the gut, yet always refined, this self-published debut marks the artist’s ascent of the Belgian pop scene after single Escalate earned her YouTube fame and eight-figure views.

Tsar B’s leading lady, Justine Bourgeus, elegantly wades through the mud in her very first full album, further easing into her role as an artist in her own right. “In a way, The Games I Played is about the cardinal sins. I am terribly allergic to other people’s jealousy, lies, greed. At the same time, I am no better. Pride, gluttony, lust—guilty as charged. This album is about my attempt to accept these shortcomings, yet at the same time trying to assuage them.”

Soaked in the sounds of dark souks, never shying away from the night as a source of knowledgeable beauty, Justine mines her sorrows in search of lessons. “As a person, I tend to gravitate to the extremes. I can’t be just a little, I’m always a lot. Doing a lot, saying a lot, feeling a lot. Writing is a way of sublimating this multitude of things, of turning into creativity and making sense of things.”

More by Tsar B